FHA mortgages are about to become more expensive.

HUD Secretary Shaun Donovan announced yesterday in a press release that the FHA will increase its annual mortgage insurance premium (MIP) by a quarter point on all 15 and 30 year loans.  Upfront MIP charges will remain at 1.0 percent.  The increase in premiums is part of the Obama Administration’s new budget.  The changes will take effect as of April 18, 2011.

“After careful consideration and analysis, we determined it was necessary to increase the annual mortgage insurance premium at this time in order to bolster the FHA’s capital reserves and help private capital return to the housing market.  This quarter point increase in the annual MIP is a responsible step towards meeting the Congressionally mandated two percent reserve threshold, while allowing FHA to remain the most cost effective mortgage insurance option for borrowers with lower incomes and lower down payments.”

HUD claims that this change to upfront MIP charges will increase the capital reserves the FHA holds in the Mutual Mortgage Insurance Fund by $3 billion, greatly increasing the stability of the FHA, which had $3.6 billion in the account at the end of 2010.  According to the press release, new FHA borrowers will pay about $30 extra per month on average.

The FHA has become an increasingly important source of financing as mortgages have become harder and harder to get.  Thirty-seven percent of all mortgages originated in 2009 were FHA mortgages, up from 26 percent in 2008 and 7 percent in 2007.  The low (3.5 percent) down payment requirement makes them particularly attractive to first time home buyers and lower income borrowers.

Total Mortgage is an approved FHA lender.  Call us today at 877-868-2503 to speak to one of our certified and licensed mortgage professionals.  Click here to see our low FHA mortgage rates.

It just gets better and better doesn't it. Let's recoup our losses by making it more expensive to qualify for a mortgage. 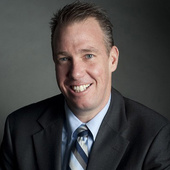