Guess what Target will call its new stores aimed at city shoppers ...

The front entrance of a Target store in Newark, Calif. (AP)

From the creators of SuperTarget, now comes CityTarget.

Last fall, Target announced its goal of building 10 small-format urban stores around the country, including one in the Twin Cities. That fueled chatter about whether it was eyeing a location in downtown St. Paul, but the Minneapolis-based discounter said last fall that it wasn't ready to commit to either city.

Target does have a history of mulling a downtown St. Paul location, following its successful downtown Minneapolis store.

Today, Target said that a CityTarget will open in Chicago in 2012. The store will be located downtown in the historic Carson Pirie Scott building, now called Sullivan Center, at State Street and Madison Street.

Target's smaller stores still won't be all that small — between 60,000 and 100,000 square feet. That's roughly half the size of a traditional Target store.

What an interesting concept, they want to seem small town and not big box store. Make themselves feel more part of the community than they have in the past. I think if it works, good for them, but only time will tell. (I think they are trying to distance themselves from a Walmart feel that some of the bigger stores have and the smaller cities don't seem to want)

Welcome to the rain, I hope you are finding your experience fun and exciting. There are a lot of things to learn and though it may seem overwhelming these first few days. Don't worry, there are lots of us Ambassadors here to help. Feel free to look for the Ambassador logo under our pictures on our profile and our blogs and you can call and email any of us and we will gladly help you with any questions you may have.

Don't be shy, we don't bite, the fact is we are here to help each other make the business better by sharing with each other.

Emily, Welcome to the Rain! Active Rain is a great place to share your knowledge, expertise and thoughts, as well as network and learn so much from the vast pool of talent already onboard. If you would like to connect on ActiveRain, please subscribe to my blog! 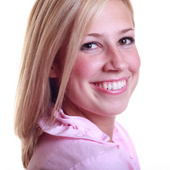