This was an aritcle from the LA Times that I think is a good sign for home sales in California.

In California, sales of luxury homes rise for the first time in five years even as overall home sales decline.

Even the rich love a deal.

Last year 22,529 homes sold statewide for $1 million-plus, a 21% increase from 2009, according to DataQuick Information Systems in San Diego. In contrast, the total number of California homes sold last year dropped 9%.

"Prestige home buyers respond to a different set of motivations than the rest of us. Their decisions are less dependent on jobs, prices and interest rates, and more on how their portfolio is doing," DataQuick President John Walsh said.

"When the financial world was full of uncertainty a couple of years back, and the jumbo-loan market dried up, luxury sales plummeted. As the economy started its top-down recovery, some wealthy buyers went looking for a bargain," he said.

Savvy shoppers trying to time the market swooped in before discounted prices could turn the corner.

Even if prices fall further, he said, "if you are borrowing, buying today makes a lot of sense because interest rates are just incredibly low."

Two other reasons for the $1-million-and-up market increase are the return of the jumbo mortgage market in 2010 and a comeback in the stock market, which saw huge losses in 2009, Thornberg said. "A lot of folks who were reeling from equity losses bounced back."

Cash purchases also inched upward among $1-million buyers last year to 29.4% of sales, up from 28.9% in 2009 and the highest for any year since 1994. But even cash purchases can be motivated by low interest rates.

"A lot of cash offers are done on the basis of the person trying to get a leg up and then they turn around and refi," Thornburg said.

Million-dollar-plus sales hit a high of 54,773 in 2005 and then dropped through 2009. Last year's sales increase came despite a winnowing in the category; 3,380 of the homes that sold statewide for less than $1 million had previously sold for $1 million or more, DataQuick analysis shows.

"There are not as many million-dollar homes kicking around as there were during the boom years," Thornberg said.

"I think last year there were a lot of buyers who said now is the best time to buy," said Jeffrey Hyland, president of Hilton & Hyland, whose Beverly Hills office doubled its dollar volume from 2009. "We noticed it on the high end."

His office, for example, sold seven houses for more than $20 million last year.

"That's a good sign to the market of where we are" that high net-worth buyers are making purchases, Hyland said.

"It's like those people don't read the doom and gloom" news reports, he said.

Plus, the rich do often get richer. "Some people are more wealthy now than they were before," Hyland said.

The most expensive confirmed purchase statewide last year, based on public records, was a 35,000-square-foot-plus mansion on 2.2 acres in Bel-Air that sold for $50 million.

But not all mega-deals are subject to the bright light of public curiosity, if buyer and seller employ legal sleight of hand.

"A lot of the sales ... may not appear on public records," Hyland said of the most expensive transactions.

So the number of $1-million-plus sales, he said, could be even greater than reported.

No matter what happens, the tax rolls always reflect a change in ownership.  There is a $70+ million off-market deal supposed to close sometime soon in Los Altos Hills.  That'll probably be the most expensive in the country for 2011. 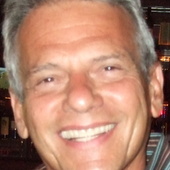