In Downtown Abbotsford there is a small, family owned sandwich shop called "Oneill's Homecooking" that might just change the way you look at the breakfast sandwich if not the idea of the sandwich itself.

Oneill's is described by many as one of Abbotsford's best kept secrets; hidden away on Gosling Way, a small side street near Essendene. Due to its top product the "Oneill" breakfast sandwich, it is safe to say that Oneill's won't stay a secret for long.

The Sandwich - a delicious, golden homemade sweet potato bun toasted & buttered topped with cooked ham, a fried egg & a slice of cheese - is in short revelatory.

One satisfied customer and Abbotsford resident, described it as "The white man's soul food", where the Cascade Newspaper and many happy customers hail it 'the greatest sandwich of all time'.

In all seriousness, and with all hyperbole aside.....they may not be wrong.

What makes the sandwich great? Quite simply, is the signature homemade sweet potato bun.

Vern Oneill; Owner, Sole Chef and after all the man the sandwich is named after, makes the buns himself and ensures each one is made with care. Vern regularly turns away people trying to buy just the buns because he simply would not be able to keep up with the orders. It won't be long until we see Vern making two hundred sandwiches himself a day. Side by side, these facts paint a picture of how good the bun alone truly is.

After spending a bit of time with Vern one can really see that no matter the success that is sure come his way, undoubtedly the quality of his food will never suffer. What did the man behind the sandwich do before he brought Abbotsford 'Oneills Homecooking'? Turns out Vern has 30 years at an insurance brokerage under that Chef's jacket! Vern's decision to change career paths and pursue his passion has brought Abbotsford a hot, new lunch spot.

"Vern's dedication shows up with him at work each day."

The Organic, Abbotsford grown coffee (guaranteed to be the best in town), the magnificent food & the friendly atmosphere makes Oneills one place you'll definitely tell your friends about.

Katie, that sounds like a really good sandwich, I have never heard of sweet potato buns before. Good thing you didn't put up a picture of it, otherwise I'd be hungry already, and it's only 9 am here.

I spoke to Vern the other day and he said the Oneill's Sandwich is the most filling sandwich you'll ever have. I actually ordered the Chicken Salad Sandwich as they were out of Roast Beef, the chicken salad sandwich was amazing, unlike any other I've had, the bread was so fresh :) 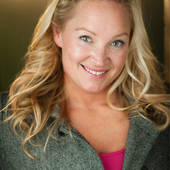 An Apple a Day... I look forward to sharing great ideas, experiences and thoughts with my fellow realtors, affiliates and local network & community.

Author Bio :: Katie Van Nes :: Mother, wife & writer who lives to learn. I'm a lover of photography and all things beautiful. I'm inspired by people, conversation, and the world around me.