Falmouth, Massachusetts is situated in the southwest corner of Cape Cod, known as the Upper-Cape. It is the second most populous and second largest town on the Cape, and probably has one of the longest coastlines in the state. Some 70 miles of seashore edge the town. Consequently, there is a lot of land development with high value, high demand, and the choice views that create real property wealth.

The town was settled by English colonists in 1660 and officially incorporated in 1686. Early economic activities included farming, salt works, whaling, shipping and sheep husbandry. By the late 1800s cranberries were being cultivated and strawberries were being raised for the Boston market. With the arrival of the railroads in 1872, the town and its constituent villages became popular summer resorts. The villages that comprise Falmouth consist of Woods Hole, Sippiwissett, Quisset,Waquoit, Teaticket, East Falmouth, West Falmouth, North Falmouth, Falmouth Village, and Hatchville.

The village of Woods Hole features a number of famous marine science institutions,including Woods Hole Oceanographic Institution, the Marine Biological Laboratory, the Woods Hole Research Center, NOAA's Northeast Fisheries Science Center (which started the Woods Hole scientific community in 1871), a USGS coastal and marine geology center, and the home campus of the Sea Education Association. It is also the site of United States Coast Guard Sector Southeastern New England, the Nobska Light lighthouse, and the terminus of the Steamship Authority ferry route between Cape Cod and the island of Martha's Vineyard. Falmouth is highly attentive to the environmental demands of its coastline. Large tracts of land have been set aside for public conservation, allowing the area's native species to thrive and enhancing the community's natural beauty. The town features 818 acres of freshwater ponds and about 2,209 acres of saltwater bays and harbors lined by dozens of public and private beaches. The community also boasts an active civic life, with annual events including the Falmouth Road Race, a 7-mile race that draws more than 10,000 runners from around the world each August.

If you are interested in learning more about buying or selling your property on Cape Cod please visit my website at http://LBG.virtualhomes.com.  Laurie Bailey-Gates, a Realtor with Virtual Homes Real Estate, will provide you with service, trust and the most advanced technology for today's market.  Servicing Cape Cod, MA and Barnstable County, MA.

Laurie,  What a great market report!  I love the way you did the history of Falmouth.  I was there many years ago and remember it as being very beautiful.

Hi Laurie-thanks for the history-its amazing homes are still bringing over $400,000 there

Laurie, good report on Falmouth, MA real estate and quite a bit of history up there on the Upper-Cape. 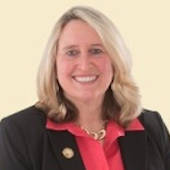