Google thinks (and can now prove) that Bing is stealing from them.  Is stealing the right word to use or perhaps it's called "being inspired by" - hahahaha, You tell me.....

But here's the story - Google believes that Bing is starting to simply copy their search results instead of improving their own algorithms etc...  Read More below.....

""Google has run a sting operation that it says proves Bing has been watching what people search for on Google, the sites they select from Google's results, then uses that information to improve Bing's own search listings. Bing doesn't deny this.

As a result of the apparent monitoring, Bing's relevancy is potentially improving (or getting worse) on the back of Google's own work. Google likens it to the digital equivalent of Bing leaning over during an exam and copying off of Google's test.

"I've spent my career in pursuit of a good search engine," says Amit Singhal, a Google Fellow who oversees the search engine's ranking algorithm. "I've got no problem with a competitor developing an innovative algorithm. But copying is not innovation, in my book.""

""To verify its suspicions, Google set up a sting operation. For the first time in its history, Google crafted one-time code that would allow it to manually rank a page for a certain term (code that will soon be removed, as described further below). It then created about 100 of what it calls "synthetic" searches, queries that few people, if anyone, would ever enter into Google.

These searches returned no matches on Google or Bing - or a tiny number of poor quality matches, in a few cases - before the experiment went live. With the code enabled, Google placed a honeypot page to show up at the top of each synthetic search.

The only reason these pages appeared on Google was because Google forced them to be there. There was nothing that made them naturally relevant for these searches. If they started to appeared at Bing after Google, that would mean that Bing took Google's bait and copied its results.

This all happened in December. When the experiment was ready, about 20 Google engineers were told to run the test queries from laptops at home, using Internet Explorer, with Suggested Sites and the Bing Toolbar both enabled. They were also told to click on the top results. They started on December 17. By December 31, some of the results started appearing on Bing.""

Here's more on the story:

This is great stuff - I love google and I can understand why they are upset - I personally think it's cheating by bing - Bing Got Caught With Their Hand In The Cookie Jar For Sure:)   Imagine how much time and effort has gone into googles algorithms - and bing isn't just trying to copy or mimic the algorithm which would be a much better business practice - they are just copying the results of the algorithms and putting it on their own result pages b/c they CAN'T get their own algorithms to function the way they obviously want them to such as how Googles performs!  I just can't see how that's not stealing - You Are Bing, Not Google so show your own results - Dont Show Googles!

Just one more thing that confirms who the best is!

That's my opinion - What's Yours?

I think it's bad form and shows a lack of innovation on the part of Bing.  I've never been a fan of Bing anyway but this makes me link them even less.

Hi Angela,  I can understand why Bing might want to learn from the big " G " but it really is bad form and will probably create a marketing nightmare.

I agree with you Bill - Very Bad Form indeed!!!  Go invent your own algorithms right? :)

I have to agree. In my book, this is certainly some form of cheating ... I for one have never used Bing outside of testing it out when it first came out. I have some personal issues with Google as well which I won't go into. But it was interesting to see how they devised the trap and implemented it. I'm no expert on intellectual property law but I would think there is some illegality on Bing's behalf. Great post Angela!

Thank you for the compliment Scot!

Have a wonderful day!!! 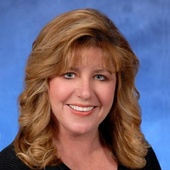