Most people who read the title of this blog are probably looking for new and innovative ways to fight a foreclosure. I wanted to offer a little different perspective.   It has now been 20 years since we lost a property at trustee sale and the only thing I regret is that I wasted 5 years of my life fighting a losing battle.

My foreclosure experience started with an ugly divorce and then there were the lawsuits. We had a great Regulation Z Truth in Lending case against a hard money lender as well as a fraudulent signature on the loan documents. We didn’t really understand what we were up against but we lived with the belief that we could work hard and save our home because we were good people that had been victimized.  We lived on hope and prayers and routinely had to make decisions between paying the electric bill and the phone bill and oftentimes found ourselves without either.

When agents and investors approached us about selling the property we were offended.  It was as if they walked up to our door and told we were losers and should give up.

Sometime between the trustee sale and the day that we moved out I saw the 80’s movie Taps.  It’s a story about cadets fighting to save their academy.  When it appears that they are going to lose the fight they decide to “declare victory” and march out with their heads held high as if they had “we won the war”.  At that moment I realized that this was going to be my strategy.  We had held on against all odds for 5 long years and now it was time to claim victory and move on.

I distinctly remember the first Saturday in our rental.  The peace that I felt waking up, turning on a light, answering the phone (you don’t do that when your in foreclosure) and just sitting and drinking a cup of coffee.  My mom and I went to the county fair that day.  We walked around like zombies almost feeling like we had just been released from prison.  I remember thinking how wonderful it was to be free of that debt and free to live and plan our future and not feel like we were outsiders in society.

People continue to believe that they can dig themselves out of their foreclosure mess by fighting just as the boys in Taps felt that they could save their beloved institution. Maybe for some they will win. For others it may be time to plan your exit strategy.  Sometimes the strength is in letting go.  Is it time for you to claim victory and move on?

Sorry you had to go through all of that. I hope things are getting back on track for you.

Your post is one of the most profoundly insightful posts I have read.Many borrowers deplete everything they have fighting a losing battle. They lose everything including sleep and self esteem.

If the mortgage is unsustainable it is time to move on and start the recovery process.

Thanks Dawn.  Things worked out great.  I didn't share my story for many years but realized that people are fighting to stay in homes they can't afford when there is such a great life waiting for them after a foreclosure. I now live in my dream home and my family has recovered.  If my story can help just 1 person realize that it is ok to move on then it is all worth it.

It is so good of you to share your traumatic experience and how you resolved it.  You have provided a honest insight on an issue that is plaguing many families these days and you may have offered them an option on how to deal with it.

I hope that at this time you have seen some sunshine at the end of the tunnel.  Thanks for sharing.

Dawn, this is a great story to tell, it shows that with time, we can overcome adversity and are better off.  It's hard when your knee deep in it, but stories like yours help those who are going through it. 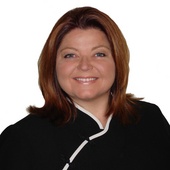