The Celtic rock band Coyote Run will be featured during the all-day International Festival February 19th at the Children's Museum of Oak Ridge.

Song, dance and music of the world will entertain children and adults alike at the family-friendly festival from 10 a.m. til 4 p.m., with food served between 11 a.m. and 2 p.m.

Chldren will have opportunities to make international crafts, including African masks and Japanese origami.

The festival will feature song and dance representative of cultures throughout the world, including the folk music of Applachia, China, Scotland, South America, and ancient Persia, and the dances of Spain, India, England and China.

The International Festival is funded under an agreement with the Tennessee Arts Commission, National Endowment for the Arts, and the Arts and Cultural Alliance of Greater Knoxville. That sounds like a terrific lineup of activities and cultures. :)

Nice local post Kim.  I love the decorations as well.

GOOD MORNING KIM!  Terrific localism post!  I love festivals mostly because the food and variety of things you can experience! -- G 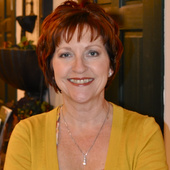