I enjoyed the read - and decided to spend a few hours with the message floating around in my brain - sorting through it's relevence and finding out the best message for ME!

Animals are amazing - the story uses the metaphor of animals survival - their relentless persuit of finding safe shelter, water and food - the main keys to survival that we, as humans also strive for.

Here in the concrete jungle - things aren't so simple. First of all - we're humans - Humans have some traits animals do not - Wisdom, Morals, Humor - I could go on.. Humans can be lazy - humans can get distracted.. when it's tough - humans have the ability to throw the towel in.

Animals - not so much... they will fight till the end for survival.. and no matter which animal you look at - each animal has taken their amazing ability and used it like a pro in order to survive. The other thing that I love about animals? They never ever complain - they just deal with what they're dealt with (unless of course, you're my spoiled cat) We, as humans can learn from both of these three lessons -

Take what you do best and build from that. Recognize your abilities.

And never ever give up!

There's also a short quiz to see what animal YOU are - I'm the Croc - enterprising! Click here to take the quiz yourself!

And really... we are so so lucky to be in this world - to have what we have - to be part of our beautiful families.. do we really have it so bad? I understand when times are tough, times are tough... but let's be thankful for what we've got..

And most important - let's keep moving along - whatever way you do best!

I've shared this video before - but I must do it again - as it's kind of appropriate!

Emily, sometimes we humans can "psych ourselves out" and as you said decide to throw in the towel since it seems like a valid option.  Seems we can take some lessons from the animal kingdom.  Looking forward to reading the entire book, fascinating stuff!

Your suggestion intrigued me and I took the test - same as you - a croc!

Your message about appreciation is always good to hear repeated!
Thanks ----

Has anyone been watching "Swamp People"?  Not a good ending for croc's.

Emily ~ I agree that there are a lot of characteristics that set us apart from the animal kingdom but the defining traits of certain species make for insightful metaphors.  I found out that I am a wildebeest but being 6.5 tall I was sure I would be a giraffe,,,

Hi Emily, I'm a croc too! I like the way you compare & contrast the human / animal characteristics!

Emily ~ you peaked my interest, I've downloaded the chapters and look forward to taking the quiz. Great post!

I am a croc too!  It was an interesting read!  Thanks for the post!

Hi Emily,  I too am a crocodile.  This was a fun quiz.

Emily, I loved this challenge...I am a giraffe.

Emily, there are so many crocodiles in this contest! Is it because there are more of us or that we are the type of personality more driven attracted to participate? S 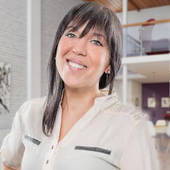