I just heard another news story yesterday that once again blamed real estate investors for part of the housing market mess that we're in today.   The analysist that was being interviewed explained that if it weren't for the greedy investors buying up houses and selling or renting them out"To Make A Profit, then we wouldn't be in this mess.    What this idiot just described was a "Speculator" not an actual "Investor."

I work with a number of professional investors and we purchase, rehab and re-sell homes based on a financial modeling system and careful evaluation of the properties.   If the risk is far greater than the benefits then we pass.   If, on the buy and holds the positive cash flow doesn't meet my client's needs then was pass.  Investor's know that positive cash flow is golden just as they know that days on market can be a curse.

One of my neighbors was a speculator.   He operated under the mentality of the "Everyone is buying and I want in on it too" theory.   His brother was a Realtor and my neighbor had cashed out his entire 401K, took the tax and penalty hit to purchase 4 homes within 6 months.   I asked him what his cash flow plan was and his response was a common speculator's answer "I'm not exactly sure but in a few years I'm selling."    Well, he was right about the selling part....  SHORT SELLING.  As it turned out he was eating a negative of around $250.00 a month or more on each property.  He sold his house down the street from me and filed bankruptcy shortly after the start of the market decline and I never saw him again.

In my opinion there were many hands in the pot causing the market's decline, however, I rarely ever hear about the investors that buy undesirable properties, rehab them back to a good or great condition and sell them for a profit, which helps increase neighborhood values.  That's right news reporters and analysts  "A Profit."  Without that profit then why would they take the risk?

Next time you hear about investors contributing to the crash just consider the source...

You are correct; people do have a kind of sinister impression of the real estate investor these days.

If it was not for the investors, the renters would have no place to live.  There has to be a balance and they play an important role.   They invest their money and take a risk on everything they do. In return, they deserve a fair profit for what they do.  No one else works for free.

Perhaps there is a place for both speculators and investors, yet I still believe those with a strong investment perspective will benefit the real estate market at any time.  Speculators will always tend, whether it is oil, silver or real estate, to cause the market trend to overheat and hurt the overall market.

Thus, the confusion that Jeff speaks about when investors with a great model get lumped in with people hoping to make quick money or "a killing" only to lose tons of cash if their timing is wrong,sharing their demis with the overall market(if enough speculation was going on).

We better hope that "investors" will continue to be in the market now and not getting a "bad rap."   We need the inventory cleared, and individuals can't and won't take the chance on "iffy" property.

Its investors who are helping, and will continue to help pull us outta this mess by clearing inventory. 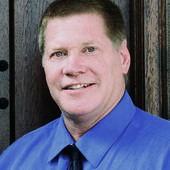