My husband and I had the pleasure of attending Cirque Du Soleil Alegria tonight perforning in Corpus Christi, Texas.  What a treat.  If you have never attended one of these performances, plan to do so.

The only way I can describe Cirque Du Soleil Alegria is that is was a musical circus production that would be suited to any stage or a venue such as Las Vegas.  There were no animals, but many acts, music, and singing and dazzling costumes.

I know there was a story being told throughout Cirque Du Soleil Alegria, however, I was too taken with the acts to follow the story.  There were no animals, just performers.  The acts were some that I had never witnessed before at any circus show I have attended.  They were much more than acts, they were choreographed performances set to music.

Alegria is one of several Cirque Du Soleils.  I will be attending any of these performances that come my way in the future.

I've never been to one but would if I had the chance.  Thanks for the heads up! 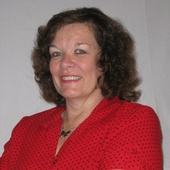