What happened to Ocala's red hot real estate market? Well in many ways we have returned to normal. For a couple of years Ocala was one of the hottest real estate markets in the country. We are now experiencing a much needed correction.

The reason for this real estate frenzy was two fold. Ocala was and still is the lowest priced city in Florida to buy a home. Additionally Ocala had and still has a lot of empty space. There are literally thousands on vacant house lots and large tracts of develop-able land. All this open space and low prices attracted big national builders and small time investors.

The problem was that neither of these groups realized that Ocala doesn't have the booming economy to support such a booming real estate market. Ocala has a low unemployment rate but wages are also lower than most parts of the country. A lot of the homes built were out of the reach of the average working person. Many of the existing homes also appreciated beyond what local people could afford.

Although Ocala is a wonderful place to live, it isn't a true retirement destination. Yes, we do have plenty of retirement communities but Ocala isn't that same as some larger cities in south Florida. People come to Ocala to retire primarily because it's cheaper,less congested and has less crime than other parts of the state.

Three groups that drove our hot market have either diminished or vanished.

This market correction was needed and isn't a temporary thing. Don't expect prices to shoot up at 25% a year in the near future. There is still way too much inventory on the market and it will be years before it can be absorbed.

It's a great time to buy and well priced homes are selling every day. It's just time to adjust to a different market

Show All Comments
Wayne Miller
San Diego, CA
Thanks for the post, I remember when I first started selling I was affiliated with a not so good company up North to sell Ocala lots in the late eighties early nighties and I'm happy to hear it wasn't swamp land.
Like
Brandon Causey
Coastal Palmetto Realty LLC - Loris, SC
Realtor, Coastal Palmetto Realty LLC
I always liked ocala...We had a pecan orchard there years back.  I think all of Florida is dying.
Like
Scott Daniels Florida Real Estate 2.0. Agents Earn 100% Commission.
Florida List For Less Realty, Inc. Broker/Owner. - Cooper City, FL

Ocala isn`t any different than the rest of the state with the exception of many homes being built in area`s they should never have been.

We both realize certain parts of Ocala were never ready for $300K homes near mobile homes.

There were many builders and lenders who loaned money on C/P loans that were insane,thereby creating this logjam.Land was never meant to go up $3-5 grand per month..

Do you think some of the local lenders didn`t make off like banditos? (hint,hint)

It will take 2-3 yrs to clear the absorbtion rate,but in the meantime "The Buyers" are locating the buys which is fantastic.

Out of area brokers were selling lots & hiouses for investment until just recently.

I definitely don't think Florida is dying. Just the opposite, the boombers are getting ready to retire & there are only so many warm places to choose from.

I agree that Ocala isn't much different from the rest of the state & maybe better off.

There are way too many $300K houses here.

Builders over built & new projects are still being approved.

Local lenders & builders really made out.

I think this is a buying opportunity & that some time in the future Ocala will grow into a fairly large city, for better or worse and people who didn't buy property now will be kicking themselves.

There are bargains to be had in Ocala right now!

We need to do lunch one day.

You're right, it's a bargain hunters paradise.

Love to do lunch sometime. 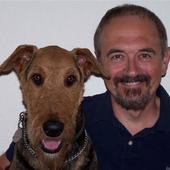