"Fisher Island, a man-made body of land named after developer Carl Fisher, is just as luxe.  It teems with large waterfront mansions and boasts an impressive country club.  It boasts a median income of $200,000 and residents including mutual fund manager Martin Zweig and Vector Group Chief Bennett Le Bow".

It really does not surprise me that such an exclusive community would surpass New Jersey's celebrity haven.  Fisher Island is an exclusive community that has not been affected by the down real estate market as other areas around the nation.  The following graphs will show you an upward trend in prices since 2005, although the time on the market has increased (from an average of 95 days in 2005 to 135 in 2006 and 199 in 2007), sales are still strong.

I am a bit biased when it comes to Fisher Island, because it's an amazing place with total privacy and you feel like you are in a different world.  Take a look at www.FisherIslandDrive.com to get an idea of a typical listing.

Lisa - that's awesome!  I will let him know.  Those numbers don't lie - it's a great market considering.

Mariana - it is amazing althought the days on the market have doubled since 2005.

Like
Missy Caulk
Missy Caulk TEAM - Ann Arbor, MI
Savvy Realtor - Ann Arbor Real Estate
I remember when you posted on this. Unbelievable, have you sold any in there. I saw it on Forbes Mag too.
Like
Aziz Abdur-Raoof
RE/MAX Rewards - Columbia, MD
Howard Co. Real Estate Scoop
Didn't Tiger purchase a place on the Island?

Ines, I thought this was an amazing place the first time you wrote a blog about it and I still feel that it is every bit as amazing today.

What community did it tie with for first place???

Missy - this is our first listing in Fisher Island, but we have been there plenty of times.  The properties are really not that expensive when you consider the amenities - there are $30-$50 million properties in Miami Beach all over the place - $4.2 million seems trivial when you consider it.  But $200k as the median income is not bad.

Aziz - There are a bunch of celebrities, I'm not sure about Tiger - on the list you'll have Oprah (who already sold), Agassi, Julia Roberts, Boris Becker........none of this can be confirmed and they are very private - but I've read this in several different blogsites and newspapers.

George - it tied with Alpine NJ

Good luck with your listing!

I've got a serious question, based on the above picture how do you factor in the privacy? What am I missing?

Jeff - I guess they take into consideration the whole zip code - there may be some not so affluent neighborhoods in some zip codes to take the whole equation down.

Dena - it's an island that you can only reach by Ferry or air........strong security to get on that Ferry.  Once you clear security and you are in the island, no one will bother you.  That beach you see on the top picture has 1 or 2 people max at any one time, it's pretty amazing.

Like
Janie Coffey
First Coast Sotheby’s International Realty - Ponte Vedra, FL
Uniting Extraordinary Homes w/ Extraordinary Lives
HI Ines, do you have listings there?  We do condo renovations there and have one going on right now. I will post some pics when it is complete.
Like
Jason Sardi
Auto & Home & Life Insurance throughout North Carolina - Charlotte, NC
Your Agent for Life
Great graphs and lay-out Rick & Ines.  Anytime you want to stage my posts, feel free:-)
Like
Rick & Ines - Miami Beach Real Estate
Majestic Properties - Miami Beach, FL
Hi Janie - the last link is to a listing we have there.  I can tell you that most of the properties that I have visited in Fisher Island are in need of renovations - most were done in the 80's and would benefit from a little "refreshening".
Like
Rick & Ines - Miami Beach Real Estate
Majestic Properties - Miami Beach, FL
Jason - I don't think you need any help in that arena -your posts always look good.
Like
Thomas Weiss
Thomas R. Weiss - West Palm Beach, FL

I remember back when, Oprah Winfrey had a place out there, I also remember being pulled over by the Coast Guard for speeding in a Boat with a friend, who was the Ex Miami Beach City Commissioner at the time, and we had to pull over at Fischer Island, Thats about as close as I got to the island :0) Very Beautiful place. 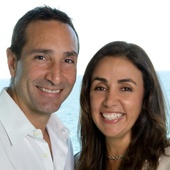