Currently MERS is dealing with a storm in the foreclosure arena over whether or not a lender was legally able to foreclose on a mortgage in MERS name. This has led the firm to issue an announcement instructing all of its members to cease this practice immediately ("Is MERS attempting to put the genie back into the bottle with yesterdays announcement")

Remember that MERS was established for the purpose of creating an electronic system that was able to easily assign mortgages from one entity to another. This became critical in the age of securitizations when this paper would change hands quickly and often.

As part of this business model, members were able also to bypass the recording of mortgages in county clerks offices with a resulting savings of money by avoiding recording fees.

Suits by counties to recoup these recording fees may be the next landmine that MERS will face!

Essex South Register of Deeds John O’Brien announced today that he will be seeking over $22 million dollars from the Mortgage Electronic Registration System, “MERS” which represents several major banking conglomerates. O'Brien bases the $22M number on the fact that the Salem registry has recorded over 148,663 MERS mortgages since 1998. After a careful review of a number of these mortgages O’Brien said it became very clear to him that MERS had assigned mortgages to other entities at least twice without paying a recording fee. Based on this information the taxpayers have been defrauded out of $22,299,450 in Southern Essex County alone. It is quite possible that in some cases they may have assigned the notes more than twice resulting in even greater loss of revenue. O'Brien called MERS "one of the greediest schemes ever perpetrated on the American people. They have compromised the integrity of the public land recordation system and in doing so, have wreaked havoc on our economy”.

Last week MERS announced a major policy change conceding that assignments should be recorded in the various Registries across the country and “assignments out of MERS’s name should be recorded in the county land records, even if the state law does not require such a recording.” In addition MERS instructed its members to “not foreclose in MERS name”. O'Brien further states “MERS has now finally acknowledged that their business model was flawed, and they didn’t adhere to the legal requirement that all assignments of a mortgage must be recorded at the local Registry of Deeds.” “If they had followed the law the public would know who was buying and selling their mortgage, and it would have been an open, honest and transparent process. The fact that they deliberately chose to create a for-profit private cyber Registry of Deeds whose only purpose was to avoid paying the same fees as everyone else and keeping the public in the dark as to who was the rightful owner of the mortgage clearly demonstrates to me that this was a scheme of epic proportions.” “When Wall Street and these major lenders joined together in creating MERS, they plunged us into a housing nightmare with little or no regard for their actions. It's obvious that their only motivation was to manufacture huge profits off the backs of homeowners and taxpayers. They should all be ashamed of themselves and step up to the plate and do the honorable thing and make the taxpayers' whole,” O'Brien said.

The Essex South Registry of Deeds is one of 21 Registries in Massachusetts which have recorded MERS mortgages .O’Brien estimates that based on his conservative estimate of two assignments per mortgage the Commonwealth may be owed statewide upwards of $200 million dollars in lost recording fees. Nationwide, the amount of revenue lost could be in the billions. O’Brien is calling on MERS to come clean and inform the registers of deeds across the country as to the number of times they assigned mortgages to other entities. Only then will we get a true picture of the economic impact that this fraud has had on our country.

O’Brien, who in November, 2010, notified Massachusetts Attorney General Martha Coakley about MERS, will now be forwarding to her this additional information. “We need to act quickly to recover these funds,” O’Brien said.

Now imagine that what this county is attempting to do is done by every county in the nation. Pretty soon it becomes real money! Stay tuned. 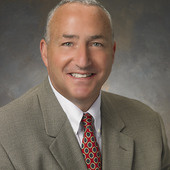