The FHA is boosting the annual mortgage insurance premium charged on its home loans, a move that will increase the cost of an average FHA mortgage by about $30 a month.

Effective April 18, the FHA is increasing the annual mortgage insurance premium (MIP) on 30- and 15-year fixed-rate mortgages by 25 basis points, or one-quarter of one percent of the total loan value. The action is intended to help replenish the agency's capital reserves, which have been depleted due to losses on bad loans in recent years.   The move almost immediately implements one of the Obama administration's recommendations for reforming the U.S. housing finance market, submitted to Congress on Friday. The increase will not affect existing FHA mortgages, nor will it be charged on FHA reverse mortgages, or home equity conversion mortgages (HECMs).

"After careful consideration and analysis, we determined it was necessary to increase the annual mortgage insurance premium at this time in order to bolster the FHA's capital reserves and help private capital return to the housing market," said FHA Commissioner David Stevens, in announcing the increase. "This quarter point increase in the annual MIP is a responsible step towards meeting the Congressionally mandated two percent reserve threshold, while allowing FHA to remain the most cost-effective mortgage insurance option for borrowers with lower incomes and lower down payments."   The FHA is directed by Congress to maintain a capital reserve equal to at least 2 percent of its outstanding loans, but that has fallen to around 0.5 percent with the downturn in the housing and mortgage markets. The new fees are expected to generate about $3 billion a year for the fund, which held about $3.6 billion at the end of FY2010.

How much will it cost?

The FHA calculates the fee increase will raise the cost of a $157,000 mortgage, typical for FHA borrowers, by about $33 a month. The upfront fee of 1 percent of the amount borrowed charged on FHA loans at the time the mortgage is originated will not change.   The fee increases mean that FHA borrowers will be paying about twice as much for mortgage insurance on a 30-year loan than they would pay for private mortgage insurance (PMI) on a non-FHA mortgage. Borrowers who put at least 5 percent down on a 30-year FHA mortgage will pay an annual insurance premium of 1.10 percent of the loan value; those making a smaller down payment will pay 1.15 percent.   For 15-year mortgages, the MIP will be 0.25 percent on mortgages with at least 5 percent down, and 0.50 percent on those with less.   By comparison, PMI is typically half a percent of the loan balance. Both types of mortgage insurance effectively increase the mortgage interest rate a borrower pays by whatever the insurance rate is, since they're all charged as a percentage of the loan amount. For example, a 30-year mortgage at 5.0 percent interest and a 1.10 percent MIP is essentially the same as a loan at 6.10 percent and no MIP.

You must sign in or register to leave a comment
Login Register
Show All Comments
Rainer
111,664
John Saari
Worcester, MA
"The Mortgage Buddy"

Nice post Paul. It's going to hurt everyone. I can't believe they are raising it again. They just made that huge jump in October and now again in April. Too much to soon.

It will only get worse before it gets better. This will definitely impact how much a borrower can borrow. 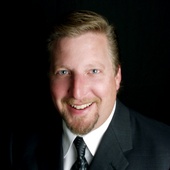