Some days you just have to make yourself a target.  Today is one of those days.

I don't know about you, but I never quite got the concept of inclusionary housing.  What exactly is the point of a developer trying to create an upscale neighborhood only to be forced to include a certain percentage of low income housing (or pay substantial penalties).  There are very different belief systems in the two types of people and the social engineering of forcing the mixture is not necessarily a good thing.

Apparently the Oceanside City Council has decided that this mandate never really worked for them and have just recently voded to eliminate it, (according to http://blog.biasandiego.org/) stating that the

"current program is ineffective, punitive, and impedes job creation.  The twenty-year-old mandate  requires builders to either include low income housing in their projects or pay what Councilman Jerry Kern and others called a ‘housing tax' in excess of $10,000 for every home built."

"The BIA and other home building representatives testified that the housing tax makes  potential projects economically infeasible forcing them to delay construction and preventing job creation.  A majority of the council agreed pointing out that construction activity in Oceanside is at historic lows and unemployment remains in double digits."

It sounds like the council is planning on removing this "stick" and replace it with some "carrots".  They intend to replace the current program with a series of incentives and regulatory reforms that will make the low income housing more economically feasible to build.  All TBD.

That is good news Robert, now if they would only eliminate it in Humboldt County!

I think this is good news, too.  At least your local government is trying to do something about jobs.  I know more people in construction who aren't working right now.  Construction affects all businesses. 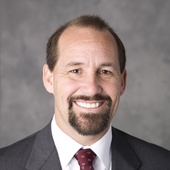 The San Diego Real Estate Housing Market tends to lead the nation's real estate activities. This blog looks at current activity and trend data, including sales rates, months of inventory, median home price, unemployment, inflation, etc., with an intent to provide timely predictions for our market. Because such a large part of the current market is make up of San Diego Foreclosures and REOs we will also look deeply at how they affect the current environment. Additionally, specific market segments are monitored, such as La Jolla Real Estate, Del Mar Real Estate, Rancho Santa Fe Real Estate, and Carmel Valley Real Estate