When my wife and I met in college(!), she wrote in a dorm survey that her perfect date was a night of "old movies and dumb jokes."  Anyone who knows me knows that I don't know any clever jokes, so I was in 50% from the get-go. Our relationship developed watching old movies together.

Eventually, we graduated from silents to talkies from talkies to the golden age and the golden age to independents.  But throughout our movie journey, we tried to make sure we saw the Oscar-nominated movies.

The first year I remember consciously trying to see all of the Best Picture nominees was 1996, when Shine was hard enough to see in the local theater, but Secrets and Lies took some actual work.  That particular year in movies, which included Fargo, The English Patient, and Jerry Maguire, had enough of an impact on me that from then on I wanted to see all of the Oscar nominees every year.

The 2009 awards opened the competition up to 10 Best Picture nominees.  What?!  We actually scrambled last year to try to see all of those, but alas, the life of a busy (Realtor, parent, fill-in-the-blank) got the better of us.  We saw 9 of the nominees (still haven't seen A Serious Man). This year, same thing: 9 out of 10.  With 127 Hours out of the theaters by the time of the nominations and not yet out on DVD, to paraphrase Annette Bening from The American President, "We got screwed!"  We toyed with the idea of illegally downloading the thing, but c'mon that would be a bit over the top don't you think?

Without further ado, and considering that, while we have seen lots of movies, we can never quite get the hang of how the academy votes, here's who my wife and I think will win in the major categories and our favorites:

Best Picture: We agree on the winner King's Speech, but Veronica's favorite is The Fighter and my favorite is Inception.

Best Actor: We again agree on the winner, Colin Firth (King's Speech), but our favorite was Jesse Eisenberg (Social Network).

Best Supporting Actress: My winner and our favorite, Amy Adams (The Fighter).  Veronica thinks Melissa Leo from The Fighter will win. P.S. If you haven't seen any of these movies and are wondering what to see of the ones still at the theaters, I would try to catch True Grit, which is going to be a lot better on a big screen than at home.

Groups:
Active Rain Newbies
The Art Of Marketing You
POSITIVE ATTITUDE for the Weary Soul

Just sitting down now with a big bowl of ice cream - ready to watch arrivals on the red carpet.

My husband and I love going to the movies, too! I think The King's Speech will go down as one of the best movies (with outstanding acting) for years to come. I think we agree with all your picks.

What a fun post! Light and entertaining for a Sunday afternoon. Plus I'm a little jealeous... we see few movies.

@Gretchen We have to make a commitment to go to the movies.  It is what we do for entertainment.  We had to do a few weekday matinees to get all these movies in. 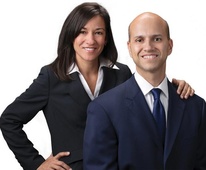