With it’s win Saturday over Kutztown 67-58, The Millersville University Women’s Basketball Team has attained the Number 2 seed spot in the PSAC (Pennsylvania State Athletic Conference). Millersville will be hosting the first round of he PSAC Tournament on Tuesday March 1st at 7pm. They will be playing  the number 3 seed - West Chester. Bloomsburg has held onto the number 1 seed spot with a 21-5 (PSAC 13-1) record.

This is the 15th straight year Millersville has made it to the PSAC playoffs.

And Millersville Fans - Come and Cheer our team on Tuesday night! Congrats to Millersville! I love basketball, so this is my most favorite time of the year! 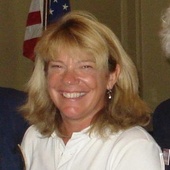