For those of you who have not heard, there is another battle setting up for MERS. The controversy: assignments which John O'Brien (Register at Essex South Registry of Deeds) claims are due to the Commonwealth. Let me give you the background first. MERS, which stands for Mortgage Electronic Registration Systems, is a central registration point for a greater majority of the mortgages in this country. As you probably know, mortgages are bought and sold every single day. Accordingly, it is customary, when a mortgage is bought or sold, that the mortgagee record an assignment at the local registry where the property is located. The assignment basically states that BANK X is now the interest holder. In Mr. O'Brien's report, which can be located at www.salemdeeds.com, he states that MERS has recorded approximately 148,663 mortgage in the name of MERS. He continues to suggest that these mortgages have been assigned at least twice (Don't know where that number comes from) and comes up with a multiple. In total, Mr. O'Brien estimates that MERS owes the Commonwealth of Massachusetts 200 million dollars. My position on this subject is this. First, I do think that MERS should have recorded the assignments when these mortgages where being sold. Second, I don't understand why it took approximately 12-13 years to discover what MERS was doing. If the commonwealth is successful in recovering what they think that they are owed, I purpose that we "roll-back" the recording fees since we will be 200 million up. Also, I think that this guy is running for re-election next year. That's interesting 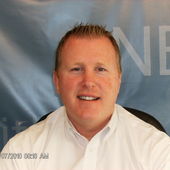