Plenty of signs point to the housing market finally bottoming out and moving into rebound mode this year, experts say in a recent article in The Wall Street Journal.

Investors, who were burned when the housing bubble burst in 2006, are back on the market, betting on a rebound, and snagging up houses and condos in all-cash deals.

What's more, housing is at the most affordable it has been in decades nationwide - when home prices and average incomes are taken into account, according to analysts at Moody's Analytics. The cost of a house is equal to about 19 months of income for an average family, which is at the lowest level in 35 years. (Prices generally average nearly two years of pay.)

"Pricing is down so much in some markets that when you analyze renting versus owning it makes much more sense to own," Michael Larson, a real-estate analyst at Weiss Research in Jupiter, Fla., told The Wall Street Journal.

Housing prices likely will bottom in 2011, says Scott Simon, a managing director at the money-management firm Pimco in Newport Beach, Calif. While he expects housing prices to possibly drop another 5 percent, he says that is a small amount when in some markets prices have dropped by half or more since housing prices started falling in 2006. 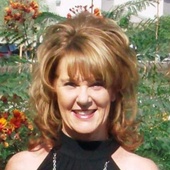