Okay, there I said it.

Most people think I am crazy - "How can you not like a parade?" they'll say... I don't have a real good answer to that... It's not something I can easily answer. I just don't "get it."

Okay, okay, so I'm a party poo-per when it comes to a parade.
Maybe even a whiner...

BUT, I finally have to admit, in a public forum - I went to a parade and actually had FUN!

Last weekend, Conway, MO held their 29th Annual Old Fashioned Community Day's celebration. In the past, I've tried to avoid the Saturday morning parade for the reason listed above - I never thought I'd like a parade. This year, both my kids were invited to participate - I had little choice but to attend. My youngest walked in the "Bubble Brigade" and my oldest sat on the "Hee Haw" float. I walked along to take pictures. First, let me say, this parade was less than an hour long! The theme was down home and over all, everyone seemed to stick to the plan. No long line of loud cars, only two or three sport cars, showcasing the Community Days King and Queen with their Court. And best of all, the day was sunny and a comfortable 75* On this day, I experienced a group of kids, coming together with their class to have some good 'ole clean fun. I saw a goat on a leash and a golf cart "team." The Conway Fire Volunteer Fire Truck was on display - purchased with fund-raising dollars. And, the Conway Marching Band played in uniforms the kids raised money to buy.

I heard conversations by young and old - they wouldn't miss this parade for the world, they said. Families stood together to celebrate their family and their town. They were proud. I understood.

A great day of FUN, SUN and community togetherness like I had never experienced at a parade before.

I had to eat a little crow last weekend - I actually enjoyed my self at the parade and almost look forward to next year...  ALMOST! You must sign in or register to leave a comment
Login Register
Show All Comments
Rainmaker
706,373
Brian Block
RE/MAX Allegiance, Managing Broker/Branch Vice President - McLean, VA
Northern Virginia & D.C. Real Estate
Debbie, I wasn't a big parade person either until I became a Shriner.  Now I get to march in parades as a clown and enjoy the rest of the Shriners including the little mini-corvettes, the band, the classic cars, we even have a Segway group.  Helping make the kids smile is what makes parading worth the effort.
Sep 29, 2007 12:20 AM
LIKE
#1
Rainmaker
183,279
Debbie DiFonzo
Debbie DiFonzo - United Country VIP Realty, SW Missouri - Lebanon, MO
Lebanon MO and Buffalo Missouri Real Estate

Thanks Brian - it's hard to find someone who doesn't LOVE a parade! We're a rare bunch.

Congratulations on being a Shriner - they do such wonderful work! What an awesome way to give back to your community.

I took the kids to the MU Homecoming parade a few weeks ago.  They brought along their trick or treat baskets anticipating the onslaught of candy.  I think the candy lost its allure as the bigger kids around them pushed their way to the front and would take the candy from underneath the feet of my 2 year old.  The nerve:)

What they seemed to enjoy the most were the bands and the music.  And there were several bands in the parade.  What I noticed was a band from one of the smaller high schools in Missouri, I wish I could remember where they were from.

They had to march behind the van from the radio station that had the volume of their music turned up so loud you couldn't hear the band.  Their were literally only 15-20 members of the band and I felt really bad for them.  My daughter then pointed out that their only flagline member had blood on her heels from the walk.  But, they braved through it and I was proud of them.  I just wish I could remember what high school they were from!  I would have sent a letter thanking them for participating!!

Just had to come back and remind myself - I had fun last year! Conway Old Fashion Days are just around the corner - another parade!

Aug 18, 2008 02:20 PM
LIKE
#5
You must sign in or register to leave a comment
Login Register
Show All Comments
Older Post Newer Post
Back to Top
Generate More Leads from this Listing
With a Trulia Pro Account
Learn More
Find what you need?
See More Blog PostsAbout Real Estate! SEE MORE NOW!
Rainmaker
183,279 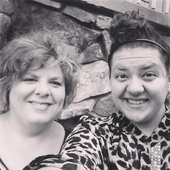