Over the past 3 years I've done quite a few consultations and proposals for home owners who rent their properties but have decided to sell them rather than continue renting.  The situation is usually that the renters have moved out already, or are getting ready to move out, but sometimes they're still there when the house or condo goes on the market.  This last scenario can create some difficulty in selling the house.  Renters have no vested interest in getting the property sold, and they're probably not amenable to having people come through the view the house.  Not only do they have to pack, but they have to keep all of their belongings neat and tidy for potential buyers, and they aren't even benefiting from the sale.  Offering them an incentive such as a reduced rate on the last month of rent is always an option, but even still...  What if there was a conflict between the renter and home owner?  Would they mention this to the potential buyers?  The whole situation just doesn't sit well.  Having seen a similar situation as just described (no conflicts in this case), I think it's just better to wait until the renters are gone.  There's going to be touch up painting and cleaning to be done anyway.

We staged a house on Monroe St. NW, Washington, DC last spring that was a rental property with a few furnishings, but had been unoccupied for a month or so before the home owner called me from Seattle and asked for a proposal to stage it. There was very little interest in the property and she was getting concerned.  Not only did we stage it using the furnishings that were left as well as adding some end tables and other items from our inventory, but we also arranged for the house to be professionally cleaned (windows, too!) prior to staging it. In the end a new rental contract was signed less than 2 weeks later (the home owner decided to rent instead of sell) - a happy ending for everyone.

The week before Christmas we staged another former rental property.  As soon as the renters had moved out, we came in to stage.  I liked some of the decorating ideas of the previous occupants, and copied their ideas where it would benefit the overall presentation of the townhouse.  The major differences, though, were that the rental furniture I had chosen was more to scale and in more complete groupings, such as coordinated end and cocktail tables, and a complete bedroom set in the master bedroom.  This makes for a more complete and polished look, and helps potential buyers to envision themselves living in the house. This latest staging is located at 1652 Beekman Place, NW, Unit D, a gated community right off of 16th Street NW, and across the street from Meridian Hill Park.

You make a very good point about the renter not having a vested interest in YOU selling your home.  Potentially, you might provide an incentive, such as offering to pay a $200 bonus IF the house gets sold.  A lot depends upon the tenant, though.  You're right.  It can be a really tough situation.  Often, I hear buyers ONLY want a home with a renter in it, already.  We seldom recommend that, but not everyone is interested in "taking a chance" of owning a non-income producing home.

Nice job staging! I just don't have the "eye" for it. I can see after its done!

Chris - I've been in many condos and townhouses where there is a renter living there, and its always a difficult situation.  One client's renters first accepted the offer of an incentive for a reduction on their rent as long as they kept the condo in good show condition.  Then I was brought in for a consultation, and although the renters were a lovely young couple with nice furnishings and good taste, the wife still didn't like me commenting (mostly good, a few suggestions for better furniture placement) on how to best show the condo with their furnishings.  They backed out of the incentive deal and said they were unwilling to have new renters/potential buyers come in while they still lived there.  So the client had to wait until they actually moved out before anything could be done.  A really sticky situation.

Hi Monica--Renters can indeed be difficult.  I had a potential client who wanted to sell a furnished rental.  The renters had moved in almost an entire household of furniture along with the owners'.  There was even a mattress in the foyer.  The renters were completely uncooperative and the owner has decided to wait until the lease is up to sell.  I do like your "before" and "after" pics.  Nice staging.

Monica- you did a beautiful job of staging.  I agree... renters don't have a vested interest and people are people, so if at all possible, it's best to wait until they're out.

This is a tough situation - My husband and I have sold two of our own homes with renters in them.  In one case, our renters were from Europe and had few furnishings and kept it very neat; however, it was very stressful for them.  Thankfully it sold very, very quickly.  In the other case, we didn't even go in and look - just asked them to straighten up as best they could.  It was sad for them because they didn't want to leave.  It takes sensitivity, for sure.

Your staging for this property certainly helped to market the property.... to the Owners!  Hopefully, they have renters that will keep the home in good condition. Hard to find ( clean, responsible renters), but, with so many families that have lost homes to foreclosure, great rentals are hard to find. Great work, your clients must have been really pleased with your staging.... 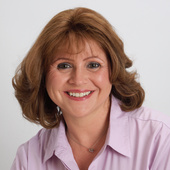