in the Fort Hood Texas Area

WHAT DOES ALL OF THIS MEAN??

There has been a 4.3% decrease in new homes coming onto the market, but a 22% decrease in homes sold for the same time period last year.  Sellers in the Fort Hood TX Market are experiencing more days on the market (46 days on average) as a result.  Good news for buyers - there are many great homes available in the Fort Hood TX Market.  Good news for sellers though - the homes are yeilding a slightly higher sales price than the same time last year.  The list to sell ratio has remained relatively the same for the same time period last year meaning that homes in this area generally sell for at least 98.1% of their listing price.  This is significantly different than in some of the other areas in the US where they regularly see lower offers accepted on properties.

Until next month...this has been the Fort Hood FOCUS on the Market brought to you by The FOCUS Team at Coldwell Banker United Realtors.  Feel free to give us a call to find out the current stats for your neighborhood or city! 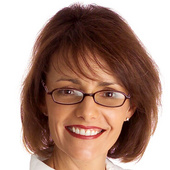 I am a licensed Broker (TREC#0446137) in the State of Texas who specializes in The Fort Hood Area. I am an Associate Broker with The FOCUS Team at Coldwell Banker United, REALTORS. I assist Real Estate Buyers and Sellers in Bell County, Coryell County and Lampasas County including the cities of Harker Heights, Killeen, Copperas Cove, Nolanville, Kempner, Belton, Temple, Lampasas, Gatesville. I am experienced in Military PCS Moves/Relocation, New Construction, First Time Home Buyers. If you need help buying or selling in the Fort Hood area, or know someone who does, feel free to contact me.