South Lake Tahoe sales statistics for February 2011 were down compared to the past three months.

Although these numbers seems to be going down, remember that February only has 28 days.  It's the shortest month of the year.  We are still seeing a lot of activities, so we're not too worried about the dip in the market.  Until the activities are declining, then we'll start worrying.  We'll continue to study the South Lake Tahoe sale statistics, so keep up with our monthly South Lake Tahoe sale statistic reports.

Hi Brandon and Grace.  Thanks for the info.  I have bookmarked your post for future reference.

God bless you all and your business.

Manny, that's a great idea to bookmark.  Hope all is well.

Thanks for stopping by and for your comment.  Have a great weekend! 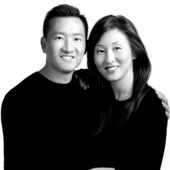