HSBC (England Based Lender) DOCUMENTS from Tuesday show that they have placed ALL Foreclosures in the USA...until irregularities in their foreclosure documents and programs can be corrected. This might be a 30 day hold or a 60 day hold.

During that period, more and more HSBC Foreclosures will necessarily back up in the Phantom Inventory Tsunami.  These foreclosures will not be "dismissed" and when they come back online...Katey Bar The Door.

IT COULD JUST TURN OUT THAT PLACING FORECLOSURES ON HOLD...IS A STRATEGY TO PREVENT THEIR NEW FORECLOSURES FROM "BIDDING DOWN or AGAINST" THE ONES THEY CURRENTLY HAVE ON THE MARKET!

N.A.R. just announced that December 2010, January and February 2011 were all down months in Sales and Prices.

NOW IS THE TIME TO BUY APARTMENT BUILDING INVESTMENTS!

THEY WILL NEED SOMEWHERE TO LIVE...APARTMENT BUILDINGS...BUY THEM NOW BEFORE THE PRICES MOVE UP DUE TO "INCREASES IN INCOME" AS THE UNITS IN NICER AREAS AND NICER BUILDINGS ARE BID UP...WHEN VACANCY RATES BEGIN TO DECREASE LATER IN 2011 AND INTO 2012!

Tom, good information. I'm thinking of taking on property management - there may be a future there. 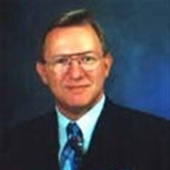