Like:
Home > Blogs > Kasey Kase > Possibly Clever Technology Ideas and Some Goofy Ones

Remember about 12 years ago when Ross Perot said that NAFTA would create a loud sucking noise, which would be the sound of jobs being vaporized across the border.   Ross was right.   Michigan has lost plenty.  Some six years after the sucking speech, sources reported 46,000 gone in Michigan,  766,000 nationwide.  (I looked for an update to this, but maybe it got too depressing to maintain as 2001 was the last year I could find)

Good With The Bad

What we didn't have 12 years ago was the ability to connect to others like we do now.  I know in the real estate biz, this one isn't as easy to swallow because moving plants is never good for the local economy.  But 12 years ago, there was no ActiveRain.  It didn't even become a smear on a whiteboard until early 2004.  [AR 3 years ago]

But now we have NEW MARKETING, high speed everything because it's digital and wireless.  We now can reach like never before.   We learn, we share, we generate leads and we can do this with anyone in any timezone.

I was in a chamber of commerce meeting and they used "Think Dexter first" a bunch of times.   It's a good thing; they want money to be spent locally.   Insurance, real estate, financial planners... Dexter has them all, but I'm not sure you can't say, one is as good as another.   Some things don't matter as much.   I'm fine buying pints of beer at the Dexter pub.  I don't think I will ever order one from India, but heading in to Ann Arbor -- pretty darn likely.

Where do you draw the line with other services?  Web hosting, web design, copy writers, data entry?  All those things *could* be done anywhere, and sometimes it makes sense.    When's the last time you called Dell for tech support?  You ain't in Kansas anymore!

We need to have a press release written and it seemed awkward to go to LinkedIn to ask for quotes.  (LI is a type of social network but one not really intended for that purpose.)  We put the word out for some local talent but received little interest.

Rather than Craig's List, I thought I'd look on GURU.COM.   Here's what I found under their copywriter category: I decided to send a quote to the five highlighted in yellow, for the reasons indicated to the right of each.    I wanted to hear from the most expensive, the least and a few in the middle.   (Total is the amout of $(000) they've earned via GURU)

To write the project, select the candidates and then click submit was about a 10 minute effort.

I plan to select the high and low for this project.  I'd like to see what the difference is between them.   I'll post the results in a future blog if anyone is interested.

How do you feel about hiring outside of your timezone?

You must sign in or register to leave a comment
Login Register
Show All Comments
Ambassador
920,601
Missy Caulk
Missy Caulk TEAM - Ann Arbor, MI
Savvy Realtor - Ann Arbor Real Estate
I always try to buy local if it is available, sometimes it is not. Let us know what you find out.
Sep 26, 2007 01:04 AM
LIKE
#1
Rainmaker
217,380
No Longer Active
Real Estate - Fallon, MT

Outsourcing has killed the American Manufacturing business and countless service companies that thrived because of manufacturing... That sucking sound is being replaced with jingling change... dollars are getting scarce in many areas.  The newspaper here finally put thoughts of the impending recession in print this morning.  No matter how much smoke & mirrors politicians use things are not very rosy.

Back to your question... I have always tried to spend locally but had my last round of business cards printed from and on-line company and don't even recall where they are located.  Price was 1/3 what I paid locally.

Update ...  By 9am (about 2 hours after posting the requst) I had about a dozen replies to provide services.   I think 11 of them were robots, a type of trolling software that waits for new projects to pop, then it submits a "Pick me!" message.    I selected the writer from Monroe, Michigan.  (none of the others I above responded by 4pm when I closed the bid)   Her estimate is ~ $80 for the completed press release which should be done by Friday.   Guru.com has come a long way -- great tool to use, and it even has an option that keeps the bids local.

Of course I'll post the press release here when it's done.  :)

Nadine from Monroe, Michigan was an incredible find. I'm guessing not all Guru relationships turn out like this, but this one was a real treat.    The work was done quickly, she asked all the right questions and we finished it days before the deadline.   How it worked:

About a dozen short emails, one phone call.   The Guru.com part was not all that helpful, but without that, I wouldn't have found her.   I paid 50% to start (~$40) and the balance when she sent me the final DOC file.   She fully rewrote my version and captured the essence of what we were promoting.    Here's the press release if you care to see what this was all about. 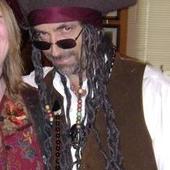