This is a graph of the action in the Victoria Real Estate Market Report in the past 7 days! Victoria Real Estate Board President, Dennis Fimrite, commented that the increase in February was not unexpected, "It is common to see the market pick up following the December - January holiday period and last month’s significant increase in sales along with relatively stable prices demonstrates ongoing confidence in the market by both buyers and sellers." Fimrite added that although February’s sales were below the sales totals for February of a year ago, the beginning of 2010 was marked by an unusually strong market that softened as the year progressed. He noted that inventory levels also rose in February, "There were 3,714 properties available for sale at the end of February - up from 3,283 properties available at the end of January. Inventory levels are currently 13 per cent higher than a year ago." Fimrite added that despite ongoing concerns about affordability, it’s important to note that a substantial number of homes are selling in the mid-priced range, "Nearly half of the single family homes that sold last month went for under $550,000 while 46 per cent of condominiums last month sold for under $275,000."

There were 14 single family home sales of over $1 million in February including one on the Gulf Islands.

The median price for condominiums in February, however, declined to $285,444. 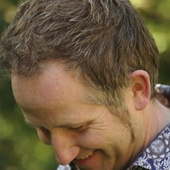