For the past 2 years, national pundits and experts have projected additional real estate price declines of 10-30%. The reasoning behind this ‘double dip' varies. Sometimes it's China. Sometimes it's oil. Sometimes it's simply because the groundhog saw its shadow.

This bad news is good stuff for headlines, but it can become a little disturbing to see the perverse pleasure people take in the idea of things constantly getting worse--especially in the comments sections of blog posts and online news articles. Almost as annoying are real estate agents who prattle away about how it's always "the best time to buy or sell." What's missing from both sides is context, especially when discussing hyper-local markets like San Francisco.

In San Francisco, ever since the large drop from 2007-2008 peak values median prices have been generally stable. The median for both houses and condos from 2009 to 2010 was virtually unchanged. I'm sticking my neck out here, but given our strong kickoff to 2011, we could (could!) be at or even just past the bottom of this cycle.

So why is our market beating the odds and even strengthening right now? Here are some initial possibilities:

•2.   Reduced inventory: among other things, the city's flood of new condo units over the past decade is slowing to a trickle, and that will not change for years.

•3.   An influx of young, new buyers, from Bay Area companies such as facebook, Google, Apple, Twitter and Zynga. These kids want an urban living experience. And they suddenly have a lot of money.

•4.   The stock market: SF buyers are relatively affluent (by necessity considering our prices). When the stock market rebounds, they benefit the most.

Which is why I live in San Francisco, one of the most beautiful cities in the world!  Thanks for the post, Cece.

Hear! Hear!  San Francisco is all of those things-just the best. We're seeing the same strong market on the Peninsula, too.

Another well thought out post, that should have elicited more comments than it did. I couldn't agree more with your title or your post. Remember, when it comes to news, if it bleeds it leadsy 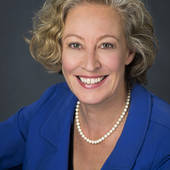 ActiveRain Community over 10 years ago
bookmark_border
San Francisco-- Where Getting a Parking Space is L ...
View more Recent Posts   arrow_forwards

San Francisco Real Estate Expert Offers Local Advice to San Francisco Buyers, Sellers and Owners-- and feeds the dreams of those who wish they could live in Tony Bennet's 'City by the Bay.'