I set up a tour of homes for a new client and her dad last week. We were looking at low-end properties mostly short sales. The first house we entered there was one teenager watching 3 children. All of them were on one type of electronic device or another. The house showed poorly, trash on the floor, unkept areas, unflushed toilets and just general bad housekeeping. The Master bedroom was locked so we couldn't even view that part of the house. It wasn't a great start to our tour and low and behold this house won't be sold anytime soon.

Our faith was restored on house 2. We were greeted by an enthusiastic 4th grader named Alejandro (think Manny from Modern Family). He proceeded to steal the show and present the house room by room . His grandmother tried to stop him but I told her to let him continue, you see he had "Pride of Ownerhip" and it was endearing to myself and my clients. He didn't know it was on the market as a "short sale". All he knew was that his family was selling the house to move somewhere else. The house showed well and it was the only property that made the cut for the day.

I plan to write a Thank You note and send a "R" realtor pin to Alejandro for his efforts. Pride is an important trait one that many sellers have given up on but not Alejandro.

Rich - WOW what a difference in home 1 and home 2!  Great idea about sending Alejandro a pin!

You will make that kids day and may just may send him onto a new career path, lol! Yes, it is amazing the condition some homes are in...

very cute!  maybe a future realtor!  we could use a few more enthusiasts on the job!

Glad to see you hear in the rain.  Hope you are feeling better.  Great post. :) Gail 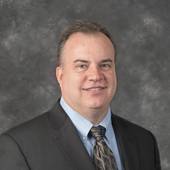