February, 2011 numbers are still being finalized but the Birmingham AL MLS market, as expected, shows improvement from January but a decline from February 2010.  Year-to-year, the decline in 2011 from 2010 in units is about 10% and the decline in volume is about 5%. This nominal decline was widely expected due to last year's tax credit induced buyers entering the market.  As compared to the previous month, the Birmingham AL MLS market shows an increase in units of about 12% and 11% in volume. Taking a look at the chart at right gives a clearer picture of the balance between the supply of homes on the market compared to sales.  The months of inventory divides the number of homes currently on the market by the number sold that month.  The 90-day average looks at the months of inventory over a longer time frame to smooth out market volatility.  Both the raw average and 90-day moving averages continue a general upward trend for the Birmingham AL MLS market.  Currently, there is 15-16 months worth of homes on the market to be sold which continues to be very high.  A healthy real estate market will generally have a 6-7 month supply.  The Birmingham AL MLS market, with the exception of a few months during the tax credit boom of last year, has not seen a healthy balance in supply and demand since the summer of 2007.

The good news is that the Birmingham AL MLS market is now entering its busiest time of the year.  As volume begins to ramp up, the balance between supply and demand will improve.  What this means for buyers, especially first time homebuyers, is that the economics of buying a home are extremely favorable in light of continued low interest rates, even with the recent rise.  Buyers have lots of choices and are in a great position to get a great deal if they have their financing in order.

What this means for sellers is that, with a large inventory of homes, buyers can be picky and will migrate toward homes that represent the best value.  Homes that are priced aggressively, in great move-in condition and staged property will show better and generate more offers.  Homes that need work, are priced too high or improperly staged will stay on the market longer.  For more information on the Birmingham AL MLS market or even more localized data for your area of interest, visit markcrain.com or email me at sold@markcrain.com. 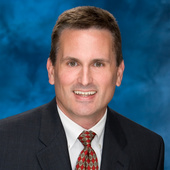 Get this widget
Mortgage Calculator
Get custom loan quotes
— anonymously