As I think back of all the folks we have been in contact with over the years, there is one transaction that will always stay with me.

No, it isn’t the million dollar house I sold, although that was way cool (not only the commission but the House and actually Hunting for it was beyond great!). It wasn’t the home I sold to a Brady Bunch type family to satisfy the needs of both sides, which I will admit was an adventure, and it wasn’t even the home we put under contract 3 times with 3 different buyers (we represented the buyers by the way…not the seller).

It wasn’t the most beautiful house in the world, it wasn’t in the best neighborhood, although the neighborhood was nice don’t get me wrong, but the lady I was working with was absolutely the best.

Maddy, the name is changed to protect the innocent here, had been through some pretty rough times. She went through a nasty divorce where her husband was a druggie and had actually mortgaged their home to the limit for his habit…then walked away leaving her with the bills of not only the house but credit cards and other debt so bad that the house was foreclosed on and she was forced to take out bankruptcy. She had 2 children as well to fend for, and in addition had health problems and was in pretty bad shape.

However, she fought back and managed to create a life for her children, but always felt like she did not deserve to ever be in a house of her own. She, like so many others, was afraid to even try for fear of being rejected and embarrassed by her credit, and so rented a house from a friend who neglected the home and would not allow her to even fix it herself….which is totally beyond me, who in their right mind Wouldn’t want their renters to take ownership and treat a home well! One day she called out of curiosity on one of my home ads, and I began to talk with her. At first she was hesitant, as most folks are, at giving me information. So, we began conversations over the next couple of weeks talking about kids (who Ever runs out of stories about that!) and whatever and she slowly began to relax (when she finally realized that being a Realtor didn’t mean I have horns under my bangs) and shared with me her frustrations with renting and how she felt that a home was totally out of the question.

“Hold on”, says I, in my most maternal tone. Why would you think a home was out of the question? Have you talked with anyone about this? She told me she was afraid, to which I said “ Psshhaw” (ok I didn’t really say that, just adding dramatic element to the story). Anyway, I got her with my favorite lender and told her to treat Maddy gently ‘cause she had been through a lot!

My favorite lender, being the true blue wonderful person she was, gently lead Maddy through the riggers of qualifying for a loan (which took a bit as she needed a rental history from her Australia bound friend/landlord who, obviously did not want Maddy to move on while she herself was leaving th e country…permanently), but as all the Great loan officers do, she worked and prodded, and finally got what she needed to get Maddy an approval for her loan. I think personally my lender has a big Red S inside her shirt somewhere.

Once Maddy got over the shock of being approved (she kept waiting for the other shoe to drop) it didn’t take her long to find a cute little house that filled her needs (giggling all the way). She timidly agreed to make an offer on said house, and when her offer was accepted, I of course being the prepared realtor I always am, supplied her with oxygen.

Through the various inspections, appraisals, and of course extra paperwork and verifications required by the bank (gee that was a surprise, eh?), we finally came to closing. Maddy was nervous because she just knew that someone was going to jump out from under the table (I had already looked to make sure there Was no one under the table of course) and tell her April Fools. But, after much hand holding and “sign here and don’t forget your middle initial” ing, the deed was indeed done (is this alliteration?) Maddy cried. She couldn’t believe what had just happened.

The next day we met at her cute house and I gave her the keys, and with hands shaking she opened the door to her new life. And Maddy cried. And I cried. And the kids looked at us like we were nuts but being kids, that’s understandable.

Maddy still lives in her cute house. She has pretty much raised her kids, and Maddy has found a great husband to share her new life, and who treats her like she deserves to be treated. And Maddy is happy. That fills my greatest wish for all my clients, to be happy. THAT’s my greatest commission.

Groups:
1st Time Buyers
Diary of a Realtor
Introverts are (Sales) People, Too!
POSITIVE ATTITUDE for the Weary Soul
The Art Of Marketing You

Deborah and Steve --- what a great and uplifting story.   It makes for great reading on a Friday night.   Thanks so much for sharing it.

Wow...that is a wonderful story! Congratulations to Maddy...and to you!

I really enjoyed this story! It made for an uplifting and creatively written read for me. I am very happy you were able to help Maddy find her dream home; not because it had 10 bedrooms and 8 baths, but because it helped her move on and begin again. 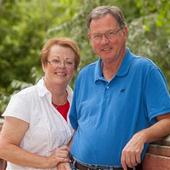 ActiveRain Community about 8 years ago
bookmark_borderbookmark
The Best Commission I Ever Had!
View more Recent Posts   arrow_forwards