A recent San Antonio Express-News article showed results of the 2010 census, which demonstrated that more than 165,000 people have moved outside Loop 1604 -- specifically North and West. It was so substantial, that the sprawl accounted for almost half of the county's growth.

Meanwhile in nearby Comal County, Vintage Oaks at the Vineyard, a masterplanned community in the Texas Hill Country, experienced record, triple-digit growth in 2010. 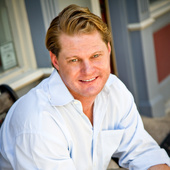