Moving to Cave Creek Arizona?  Here are some fun and interesting Arizona facts!  Search all Cave Creek homes at www.findcavecreekhomes.com.

Q: What are the "Five C's"?
A: On the State Seal are the Five C's - Climate, Cotton, Copper, Cattle and Citrus. Arizona's economy was, in the early days of the state, based on these five industries.

Q: What are all the canals for, and how do they work??
A: Farms and gravity. Really. The 1,265 miles of canals maintained by the Salt River Project were put there to bring water to thirsty acres of alfalfa, cotton, citrus and dates. Although there are a few pumping stations along the way, nearly all the system operates on the principle that water flows downhill.

That's what worked for the Hohokam Indians, who dug the first canals about 1,300 years ago to water their corn, beans and squash. We use that same system today. In many parts of town, the paths that line the canals are great for bike riding, walking, running and even fishihg. Just not swimming.

Q: Why doesn't Arizona practice daylight-saving time?
A: Arizona, along with Hawaii, Puerto Rico, the Virgin Islands, American Samoa and parts of Indiana, remains steadfastly attached to Standard Time. The Navajo Nation, however, with the exception of some state offices, does recognize daylight-saving time. In 1967, Arizona adopted daylight saving to go along with the Uniform Time Act, which tried to put the entire nation on one time system. But, after a summer of sunsets that didn't come till nearly 9 p.m., residents realized they needed another hour of evening sun the way they needed more snakes, scorpions and snowbirds. So Arizona abandoned the plan.

Q: Why doesn't the state have a Governor's mansion?
A: We do. It's just that no governor has lived in it for 130 years or so. The Governor's Mansion is a big log house constructed in Prescott in 1864 when that town was the territorial capital. It was home and office to Arizona's first two territorial governors, John Goodman, 1863-1866, and Richard McCormick, 1866-1869. During McCormick's tenure, the territorial capital was moved to Tucson. Later, the capital moved to Phoenix. There has been talk of such a building off and on over the years, but nothing ever comes of it.

Q: What is that white pyramid monument in Papago Park?
A: Hunt's tomb is a tomb for Arizona's first governor, George W.P. (Wylie Paul) Hunt. A populist Democrat, Hunt was also Arizona's second, third, sixth, seventh, eighth and 10th governor, between 1912 and 1932. Each term was two years. Hunt was a staunch opponent of the death penalty and a proponent of women's suffrage. He died Dec. 25, 1934, at age 75 in his Phoenix home. The pyramid, 20 feet wide at the base and 20 feet high at the point, holds the remains of Hunt; his wife, Helen; their daughter, Virginia; his sister-in-law, Lena; and his in-laws, Mr. and Mrs. Jessie W. Ellison. And, yes, according to Jim Garrison, of the state Historic Preservation Office, the pyramid is covered in long-lasting, easy-to-maintain, bathroom-like ceramic tiles.

Q: What is irrgation, and why do only a few areas offer it?
A: If you live within the boundaries of the SRP's water district, which are not necessarily the same as the power district's boundaries, you get SRP irrigation water from the canals. That's why in some older parts of the Valley you see berms built up around the lawns - to hold in the irrigation water. Many municipal parks and some schools are also irrigated, which saves money.

Q: What are the names of the mountain ranges surrounding Phoenix?
A: Greater Phoenix is surrounded by mountain ranges. The Superstitions to the east, beyond Mesa; the Sierra Estrellas to the southwest, the White Tanks due west and the McDowells to the northeast.

Q: Do people really eat rattlesnake here?
A: Yes, and in fact, some restaurants serve it. Some say it tastes like chicken.

Q: Why do Arizona sunsets have such vibrant colors and in the rest of the country the sun just goes down, period.
A: Part of the reason why we have great sunsets here is because the air is fairly clear and clean - this doesn't happen in really smoggy places. When the sun is low in the sky and the path of the light rays is longer, the yellows and oranges and reds (the ones with longest wavelengths) get scattered around near the ground. The longer the light has to travel, the more red or orange we see. Clouds help, especially really high clouds that catch the light. Contrary to what is commonly believed, our great sunsets are not the result of dust and stuff in the air.

Q: What do they mean by 'The Valley?'
A: Greater Phoenix is like a 'bowl' or Valley surrounded by higher mountains. The metro Phoenix area is nicknamed 'The Valley of the Sun.'

Q:What causes dust storms? Are they dangerous?
A: Most common from May through September, dust storms are caused when high winds sweep across fields or dry desert terrain, causing dust to engulf nearby highways. Dust storms are usually brief, but must be taken seriously because of blinding conditions. Dust storms have been attributed to many collisions resulting in loss of property, injury and death. Safety tips: If motorists see a dust storm crossing the road or are engulfed in one, they should pull off the highway a safe distance and wait for the dusty conditions to pass. When stopped, turn off lights; set the emergency brake, and make sure the brake light is off. This will reduce the possibility of a rear-end collision. If conditions prevent pulling off the road, proceed at an appropriately reduced speed. In this situation, turn your lights on and use the center line as a guide. Again remember never to stop on the pavement.

Q: What is the 'monsoon'?
A: It's the summer thunderstorm season, when the heaviest rains of the year fall in the desert. Temperatures fall rapidly during these storms, and rain accumulates very quickly. Heavy damage to roads, landscape and homes can occur, and flash floods are a concern. Summer thundershowers almost always occur in the late afternoon and evening hours.

Q: When does the monsoon begin each summer?
A: The summer monsoon has begun when we have three straight days with a dew point of 55 degrees or higher. This is usually in early-to-mid July, but some years can be as late as August.

Q: How many days of sunshine do we average each year?
A: Greater Phoenix averages 211 clear days and 85 partly cloudy days each year.

Q: Is the dry desert air really good for allergy sufferers and asthmatics?
A: Some people are surprised when they move here and their symptoms get worse. The culprit isn't the native desert vegetation, but imports like olive and mulberry trees, and bermuda grass.

Q: Is there a such a thing as a jackalope?
A: No, the tackiest totem of the American West, the jackalope - half bunny, half antelope - is 100 percent tourist trap. It was created on a lark in the early 1930s and immortalized on a Bob Petley postcard.

Q: Scottsdale is the richest city in Arizona, right?
A: No, the most affluent community in Arizona is Paradise Valley, between north Phoenix and Scottsdale.

Q: What about rattlesnakes?
A: There are 11 species of rattlesnakes in Arizona. They emerge for the season in March and April. During the summer, they are more active at night. If you're hiking or climbing, don't put your hands where you can't see - rattlers don't always rattle before they strike. Get help immediately if bitten.

Q: How about scorpions?
A: There are many different kinds and like rattlesnakes, are more likely to be found in the outer, undeveloped areas, but they are also found in specific areas of the city. Scorpions are nocturnal. During the light hours, they hide under rocks, woodpiles, or debris, or burrows in the ground. Digging up an area where scorpions are nesting "stirs" them up and this is why they will be found with more frequency around construction sites and newer homes. Scorpions do sting, but there is only one scorpion,the bark scorpion, whose sting is considered life-threatening.

Q: Now the real newcomer question - the one you're too embarrassed to ask: Where does the water come from?
A: In the years after construction of Roosevelt Dam, a series of five dams - three on the Salt and two on the Verde - were built to help store water from the rivers' 13,000-square-mile watersheds. Those dams created the various lakes - Canyon, Saguaro, etc. - where you go to fish or water-ski.

That's why there's no water in the Salt - It's all damned up upstream. The water enters the SRP canal system at the Granite Reef Diversion Dam below the confluence of the Salt and Verde in the far East Valley. And that is why, even though you came here to get away from the snow, you should care how much snow falls in Arizona's central and eastern mountains. That snowmelt keeps the lakes filled.

The watershed is not the Valley's sole source of water. SRP and various cities pump groundwater and the Central Arizona Canal, a huge undertaking, delivers Arizona's share of Colorado River water to the Valley and Tucson. 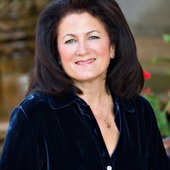