One of the most startling statistics regarding real estate in this country, and a fact few people even realize, is that eighty percent of land in the United States is held either by the Government or is being used for agricultural purposes. What this means is that only one-fifth of the country is available to support all residential and commercial uses. This equates to nearly 400 people per square mile of land. By 2020, Census projections show an increase of more than 40 million Americans which will increase density to 450 people per square mile. Despite the mortgage crisis and resulting financial meltdown of the last several years, these statistics seem to indicate that owning real estate in America will continue to be a wise investment. In the very basic economic sense, there is no more land being created (limited supply) and more population density every day (increased demand). As any college freshman will tell you, this most certainly will result in price appreciation over the long term.

Up until 2007 and the bursting of the proverbial real estate bubble, U.S. homeownership had accelerated at an unprecedented rate. This increase was undoubtedly brought on by low mortgage interest rates from the Fed, lenient underwriting guidelines by lenders, poor government oversight, Wall Street greed, and "irrational exuberance" by the American consumer. But, the demographics tell us even more about the extraordinary rise of the housing sector. The last 20 years was the period of time when the Baby Boom generation, ages 40 to 54 years of age, was in its economic prime. Earnings were at their peak for this age group and families were being raised which resulted in the increased demand of large suburban homes.

By 2020, however, the Baby Boom generation transfers into another phase of their life - empty nesters and active retirees. What this means for real estate investors is that housing demand will shift from single family homes in the suburbs to multi-housing rental units and/or condominiums. These units will give Baby Boomers a smaller space and less individual maintenance responsibility. Sunbelt locations and higher density urban areas with strong entertainment sectors and cultural attractions will generally benefit most of all.

At the same time, younger Americans from ages 25 to 34 years, will be growing from 39 million (the baby bust) to 45 million (the echo boom). This will significantly add to the pool of potential apartment renters and condo owners and increase density further in large cities with a strong job market.

The final component of housing demand will come from immigration, which account for nearly 40 percent of total population growth in the U.S. Most immigrants are of working age when they arrive in the U.S. and will certainly look for urban areas where they can take advantage of public transportation and large job markets. Although most assimilate into the mainstream, and ultimately become homeowners, the great majority are renters during their first decade in the country.

In conclusion, between now and 2020, trends indicate that a minimum of 5.3 million housing units, primarily in urban areas, will be needed to accommodate population growth. This does not account for older units in need of repair. Therefore, although the real estate market has been struggling for the past several years, all macro indicators point to long term price appreciation and positive earnings for residential real estate investors and developers. 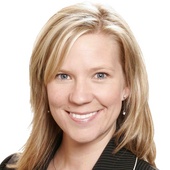