Taxpayers who made some energy efficient improvements to their home or purchased energy-efficient products last year may qualify for a tax credit this year. The IRS wants you to know about these six energy-related tax credits created or expanded by the American Recovery and Reinvestment Act of 2009.

Tags:
get credit for making your home energy efficient or buying energyefficient products 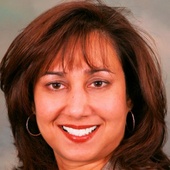