[On January 7, 2011 A group of twelve charitable individuals recruited by Make A Wish - Atlantic Canada and Quebec  began a 10 day trek to climb Mount Kilimanjaro. This is part of the story of the reaching the summit on Jan 14th and descending on Jan 15th & 16th. - © Tim Harris 2011]

On the roof of Africa

We left from ‘Barafu’ Base Camp (15200ev.) at 5 am Sat morning, Jan 14, 2011, climbing through the dark til daybreak at 6:30ish. First set of whales-back rocks about 15 or 20 minutes out of base camp scared me silly, really, really scared! But as I was the first climber of the group and  directly behind the lead guide (and had been in this position for every day of the past 7 days of the trek.). It was not proper to ‘cut and run’ directly off the mountain, as much as my little legs said different.

So the climb was slow, I was not in the best of shape, as I was overweight by fifty pounds, we had to stop almost every 10 minutes to 20 minutes to allow time to catch my and our collective breaths. Water was essential and we had to carry 5 liters for this final climbing  day. The air was so thin that even drinking water was a challenge, as the missed breath while trying to swallow meant a gasp for air for a few minutes after a drink. Breathing was constant, heart rates fluttered at 100 to 120 beats/minute, my oxygenation was at most times 80%. My base rate oxygenation at start of climb was 96%.

We hit Stella Point 19,000′, (the crater edge) about 9.5 hours into trek. I was so exhausted all I could do was weep, but even that caused loss of breath, so crying was not of any use, except to lead to one to passing out, due to lack of air. After 10 minutes we headed to the summit signpost, which was visible from the crater edge and looked to be a mile away… about 1.5 hours later we made the signpost. Energy returned, photos etc. etc. We had a satellite phone and after about 20 minutes I called Barbie, my partner back in Nova Scotia to say we made it.**

While on the phone at the summit some commotion started. ‘Gaudence’ one of the guides unexpectedly had to sit down, then told ‘Frank’, another of our three medically trained guides with us at the summit, he couldn’t feel his arms or hands. ‘Frank’ clipped on pure oxy to ‘Gaudence’ treating him, I imagine, for Acute Mountain Sickness. as the conversations between the guides were all in Swahili. However Gaudence had other ideas, he then decided to jump up and bolted at full gallop off the summit, oxy tube trailing behind. ‘Frank and a porter ran after him and caught with him 200 yards away, he collapsed and they stood him up and collectively disappeared over the trail edge back towards Stella Point. That left us with the only lead guide ‘Elias’.

While Elias was trying to comprehend what was happening, Another of our group turned and biffed, and another of our group announced “I’m sick and I am leaving”, which then prompted the rest of the gang to head out. Only myself and 3 others of our group seemed to not be suffering any altitude sickness. All the others were in some sort of head pain, diarrhea, nausea, or general discomfort.

As the balance of the group headed away from the summit, this left myself, ‘Elias’ our lone guide and one porter at the summit. ‘Elias said we will all head down ASAP. To which I announced to ‘Elias’ that I was physically spent, baked, done in, exhausted. It had taken everything out of me to get to the summit in the past 11 hours and my little stumps could not make a 3 to 4 hour decent in darkness, as it was 4:30pm and night was 1.5 hours away and as we were going to burn up 45 minutes or more just to get back to Stella Point at the edge of the downward decent. Regardless, we started off after the others that were now over the path ridge and out of site. 45 minutes later the 3 of us made Stella Point at the craters edge. ‘Elias’ again asked if I would descend and I said it wasn’t in the cards and that my legs would collapse on one of the rock steps and I would be a casually and if I broke a leg, there was no way the two of them could carry this chunk of meat off the mountain. Luckily there were 3 porters in the crater packing up tents etc due to a planned but now a aborted overnight stay in the crater.

Kilimanjaro from Moir Camp on Day 3

One of our trekkers, ‘Stephanie’ was at Stella Point when we arrived waiting to see what was the final decision (she was the Que. group leader, so she felt responsible to see that everyone was taken care of.) Elias told her to descend with a porter, as it was going to be enough to try tent me for the night. Then 3 porters arrived within half an hour from crater camp with 2 tents and some food.

As it was still light, Elias asked me to descend down the mountain for 15 minutes and the porters would set up tents at about 18500′. We arrived at a small somewhat level, but really a side hill. The porters had arrived ahead of me and had set up 2 tents. Elias said to crawl in a tent and he would bring some food, which he did an hour later. At this point I was to exhausted to eat and let the tea and soup freeze on the tent floor.

I was in a -40c rated sleeping bag, with a fleece liner, my balaclava hat on, arctic gloves and my polar parka over my head. This was about 7:30pm. Elias took my vitals at this time as well, my oxy was 81% and pulse was 97 b/m. This was after being at reat for an hour. I lay there trying my best not to slide out of the tent because of the acute angle we were on, praying the tend zipper wouldn’t pop at my feet.

Around 8pm I heard the porters around my tent on the outside rocking up the sides, back and front so I would not to be blown off the slope, in case a freak storm came through. Tent pegs were useless as the it was solid rock or loose gravel, with no way to sink a peg that would hold. I had to pee 4 times through the night and virtually did not get any sleep. At 5am, Julius, the porter that had been at my side for the past 14 hours of climbing brought me two boiled eggs and tea. This gratefully and hurriedly ate. 15 minutes later Elias said to grab my day-pack (hiking knap-sac) and to leave everything else, as the porters would pack up my other belongings. At 5:30am we started our decent in the dark and arrived and ‘Barafu camp’ at 8:30am. I had time for a cup of tea and repack my gear. At 9:30am everyone had packed up and we descended to ‘Mbecka camp’ and arrived at 5pm at elevation 5500 feet. 12 hours from leaving the upper slope at 18,500′.

In a 36 hour period I had climbed for 12 hours and over 4000 vertical feet to reach the summit at 19430 feet, spent 12 hours, either on, or near the summit, or in a sleeping bag and then close to 12 hours descending almost 14000 feet to the rain forests of Tanzania.

*For whatever reason, the lead guide of the day placed me as first climber in front of the 11 others in our group. I believe I was put there as the ‘canary in the coal mine’, if I keeled over then he knew he was pushing to hard. In any event it drove me well beyond my limitations over the 24 hours of the summit.

** 10 of 12 of our group made the summit, we lost one member the morning of Day 4 at ‘Moir Camp’ due to physical exhaustion, he was 82 years old and in relatively good shape as he was a constant walker and trekker back in Nova Scotia, to his credit he left that morning and completed a 9 hour trek back down the mountain. A second climber, also self-elected to retire on Day 7 at ‘Barafu base camp’. She had completed 7 days of difficult daily treks, but was having unaccountable dizzy periods and she thought it best to not go on. After a somewhat perilous decent in a one wheeled stretcher, the next day to the town of Moshi, she was diagnosed with severe dehydration. In any event, that left 10 of us to attempt the summit of Day 8.
.
*** Gaudence. the guide that had a difficult time, at the summit, I was informed upon our return to the hotel, that he actually had a latent malaria reaction and is AOK. The stress of the long climb, days without sleep due to the constant watching over us, in my opinion weakened his body enough at 19340′ to bring on a malaria reaction. 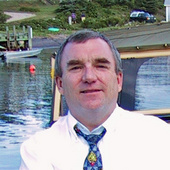