Open houses are becoming targets for thefts more often, and real estate agents are at risk of losing valuable items, as are the homeowners.

As a real estate agent, you're inviting the public to a property, which is an invitation to anyone, from thieves to those who might want to harm you.

A common tactic thieves use at open houses is teamwork and distraction. Linda Powers of Specialists Real Estate in Las Vegas told her story of such an encounter on Realtor.org.

"Last year I was holding an open house on my listing, and four women walked in and said they were sisters and looking for a home for their mother. Two of them walked out to the yard while I stayed with the others.

"The two in the yard then called me outside because they had a few questions. When we walked back in, the gals stayed a little longer talking and asking more questions about the house.

"It wasn't until the next morning that I noticed my debit card and a few dollars missing. They managed to spend a few hundred dollars before I canceled the card. I found out later that these ladies had been making the rounds around Las Vegas doing the same to other agents while sitting on their open houses.

"Needless to say, I now keep my wallet in the trunk of my car. It also helps to do open houses in twos, especially when the home is lived in and has things to steal. This economy is bringing out the worst in people."

There are preventative actions, such as those mentioned by Linda, that will help you protect yourself from theft.

Promote security in your advertisements.
When you advertise the open house, note that identification will be required at the front door and video surveillance will be in use. "The bad guys will be less likely to show up," Siciliano says.
Partner up.
When would-be assailants see two people at the front door, they'll be less likely to go in. (Read one agent's story how the buddy system protected her).
Introduce yourself to neighbors.
Let them know you'll be showing the house so others know that you are there.
Watch for patterns.
At an open house, note any patterns in arrivals, particularly near the end of the open house. One common scam: Thieves come near the end of the open house, working as a team. They have "buyers" distract the agent as others steal valuables in the home. (Read what happened to one sales associate.)
Stow away your valuables.
Never leave your purse, laptop, or wallet unattended on the counter in plain view. Keep them in the trunk of your car. However, always keep your cell phone on you so you can call for help if you need to. Also, before the open house, tell your clients to put away all of their valuables, prescription drugs, and mail.

John, great post, I hit "suggest", it should be a feature.  You are right, there is not way to keep an eye of everyone at every minute, I have also been using the buddy system.

Good reminder to work in teams as REALTORS. Two Agents on duty can help the time pass between customers.

Thank you for the valuable information, sometime we don't think that a simple activity like an offer house can be open door to thefts. We always think things happen to other people but it could happen to us if we are not careful. Thanks you for the tips

Very good advice, John.  Safety is a worry with every open house and I can't help but try to assess the motivations of persons who  come in the house.  I remember the advice I read once to let the visitors preceed you into a room to avoid being cornered in a room.  My worst experiences have been from arrogant jerks who are pretty easy to dismiss.

John, Just want to let you know I did heed your advice yesterday.  I had an open house so I remembered to put my bill fold and other card holder in the glove compartment of my car.  After locking the car, I felt secure in taking my purse (with nothing worth stealing) in to the house.  Thanks again! 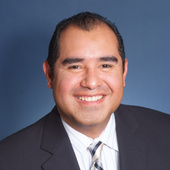