A year ago I began posting on the California's Williamson Act and Ag Preserve as a guide in buying and developing land in Mendocino County. See all of my earlier posts for an explanation of the Act at the Ukiah and Mendocino County Real Estate blog. This post reports on the impact of current (3/11) California state budget realities, the Williamson Act, the economic realities of private ranching, and preserving the beauty and health of our land.

The Williamson Act has given landowners tax breaks for keeping land in agriculture or open space use for a specified time. This has been a life support system to private ranchers for nearly 50 years. Private ranching is a low-profit industry. Many ranchers in California report making less than $10,000 a year or no profit at all. The Williamson Act has been extremely important to their operations.

According to John Stumbos in his UC Green Blog post, "California's premier farmland protection tool - the Williamson Act - is on the state's budget-cutting chopping block and with it critical habitat needed for conservation." Many ranchers would need to sell some or all of their land for nonagricultural development.  Along with supporting local agriculture, John Stumbos reports that, "California’s rangelands provide clean drinking water, wildlife habitat, open space, and sequester carbon among many other critical ecosystem services."

Local governments are also struggling and until 2008, the state reimbursed counties for reduced property tax under the Williamson Act. These subsidies were cut in 2008 and 2009. The future is uncertain.

What do you think?  Where do we go from here? Among all the state services under scrutiny now, how important is local private ranching and protecting the health and beauty of our land?  The Williamson Act is one of many important protections in jeopardy. How important is it to you? Post a comment and let me know what you think. 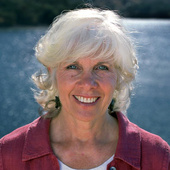