Daylight Saving Time (or summertime as it is called in many countries) is a way of getting more light out of the day by advancing clocks by one hour during the summer. When Do the Clocks Change?

Many countries observe DST, and many do not. The reason many countries implement DST is in hopes to make better use of the daylight in the evenings, as well as some believe that it could be linked to reducing the amount of road accidents and injuries. The extra hour of daylight in the evening is said to give children more social time with friends and family and can even boost the tourism industry because it increases the amount of outdoor activies.

DST is also considered as a means to save energy due to less artificial light needed during the evening hours—clocks are set one hour ahead during the spring, and one hour back to standard time in the autumn. However, many studies disagree about the energy savings of DST and while some may show a positive outcome of the energy savings, others do not.

* Russia reduced their number of time zones from eleven to nine and are considering getting rid of daylight saving time in 2011.

* Egypt changed their clocks four times last year, which means that they observed DST twice in 2010.

* The United Kingdom may switch to Single Double Summer Time, which would move the UK to UTC+1 in the winter time and UTC+2 during the summer time.

* Northern Mexican border cities share the same DST plan as the United States rather than most of Mexico.

Benjamin Franklin first suggested Daylight Saving Time in 1784, but modern DST was not proposed until 1895 when an entomologist from New Zealand, George Vernon Hudson, presented a proposal for a two-hour daylight saving shift to the Wellington Philosophical Society. The conception of DST was mainly credited to an English builder, William Willett in 1905, when he presented the idea to advance the clock during the summer months. His proposal was published two years later and introduced to the House of Commons in February 1908. The first Daylight Saving Bill was examined by a select committee but was never made into a law. It wasn't until World War I, in 1916, that DST was adopted and implemented by several countries in Europe who initially rejected the idea. For more information about the history of DST, visit the timeanddate.com website.

In which direction does the clock move?

The clock moves ahead (thus, losing one hour) when DST starts, typically in the spring, and falls back one hour (thus, gaining one hour) when DST ends in the fall. To make it easier to remember which way the clock goes, keep in mind one of these sayings: “spring forward, fall back” or “spring ahead, fall behind.”

Is DST always one hour ahead of normal time?

Today it is almost always one hour ahead, but throughout history there have been several variants on this, such as half adjustment (30 minutes) or double adjustment (two hours), and adjustments of 20 and 40 minutes have also been used. A two-hour adjustment was used in several countries during the 1940s and elsewhere at times.

A half adjustment was sometimes used in New Zealand in the first half of the 20th century. Australia's Lord Howe Island (UTC+10:30) currently follows a DST schedule that moves its clocks forward half an hour to UTC+11, which is Australian Eastern Daylight Time (AEDT) when it is on DST.

Sometimes DST is used for a longer period than just the summer, as it was in the United States during World War II. From February 3, 1942 to September 30, 1945 most of the United States had DST all year; it was called “War Time.”

If I can provide more information about real estate in Cayucos, Cambria, Morro Bay, Los Osos, San Luis Obispo, and surrounding areas, the housing market, or assist you, friends or family in a home search or sale, please phone or text me at (805) 234-4315 or email me at Sherry@SherrySim.com or visit www.SherrySim.com and www.ShortSalesAndREOs.com.

All content ©Copyright by Sherry Sim2011. All rights reserved.

Thank you for the reminder of the spring forward event.

You're most welcome, Tim. Seems like it's observed in many countries too.

It's just a waste of time. I spend the hour I gained changing the 20+ clocks I have. The cars are the worst.

Good Morning Sherry, thanks for the reminder and the excellent background information.

It's funny the way you said it, and how true.  Just read how some researchers feel that springing ahead could be hard on our health - that's my next blog.

Thanks for visiting and appreciate the feedback. 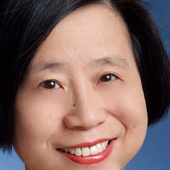