I've probably done a 1000 open houses over the 31+ years that I've been a Realtor. Recently I've been holding MY house open.

Since it's my house, I'm able to hold it open longer than I would someone else's. This last weekend I held it open 8 hours each day.

Saturday I had one person through and Sunday no one came by.

I don't think I've ever held an open house where NO ONE came by.

I live in South Orange County, Southern California. The weather was beautiful both days.

I advertised in the MLS, on Craigslist, and on the personal website I made for the house.

I had 12 directional signs where I probably only needed 6.

So, other than the tragedy in Japan, I can't think of a good reason as to why it was so slow.

I feel that Open Houses are a good barometer of the health of the Real Estate market.

I don't think that a single poor weekend tells us much, but if this happens several weekends in a row, I'm going to be concerned.

That's why I am posting - I think it would be great to hear from other agents around the country about the traffic through YOUR OPEN HOUSES.

So, at a minimum, please state your city, the day you held open, the number of people through that you would consider normal, and the actual number through.

If we do this each week, we'll begin to see some trends.

Normal would be 5 to 6 groups of people

My heart goes out to the people of Japan. 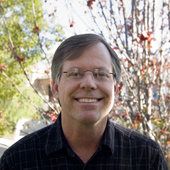