Kanopolis is a city in Ellsworth County, Kansas, United States. The town is built on the site of Fort Harker, a United States Army base that housed infantry and cavalry troops involved in the Indian Wars from 1867 to 1872. After Fort Harker was closed, the new town was given the name of Kanopolis because it was envisioned as the "Central Metropolis" of the state and in due time was to be its capitol. Most settlement in the area instead went to Ellsworth, Kansas. The population was 543 at the 2000 census.

Fort Ellsworth was the first frontier fort established in the Kanopolis area. It was built by the United States Army in August, 1864 at the junction of the Fort Riley-Fort Larned Road and the Smoky Hill Trail, near the Smoky Hill River. Within two years of its creation, the fort had grown in importance as a military staging post and supply depot for forts further west, and needed to expand to continue meeting its mission. On November 17, 1866, the Army ordered the construction of Fort Harker about 1.6 km (1 mile) northeast of Fort Ellsworth. Fort Ellsworth was closed in early 1867, and the town of Ellsworth was founded in its place. For the next five years, Fort Harker became one of the most important military stations west of the Missouri River.

With the Indian Wars and the railroads both moving further and further west, Fort Harker was no longer needed as a military installation. It was officially ordered closed on April 8, 1872 and over the next several months was sold to developers. The new town was given the name of Kanopolis because it was envisioned as the "Central Metropolis" of the state and in due time was to be its capitol. It was laid out to provide for a city of 150,000 people by the Kanopolis Land Company.

Kanopolis was incorporated January 6, 1887. "The Kanopolis Journal", a weekly newspaper of Kanopolis printed and distributed 50,000 sample copies that were sent back East to promote "The Future Great City" of central Kansas with an unequalled location and natural advantages. This issue dated May 24, 1890, told of two large hotels, a hardware store, roller mill, woolen mills, foundry and irons works, carriage works, an earthenware works, an elevator, the Union Pacific depot, three churches and a school.

Although Kanopolis did not reach the proportion that the early planners had hoped and worked for, the town has prospered through the years. Many of the early business places have disappeared and new ones have taken their places. It has a library and community center on the park grounds.

There were 248 households out of which 25.4% had children under the age of 18 living with them, 49.2% were married couples living together, 9.3% had a female householder with no husband present, and 38.3% were non-families. 34.3% of all households were made up of individuals and 18.1% had someone living alone who was 65 years of age or older. The average household size was 2.19 and the average family size was 2.80. 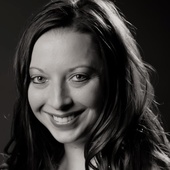