RONALD MCDONALD IS COMING TO MURPHY!!!  I was driving through town

yesterday and saw the notice posted on a sign in front of our local McDonalds in Murphy, North Carolina.

Seeing that sign took me back a long time (don’t bother asking how long) to when I was seven years old and my wonderful Grandmother entered me into a contest that was being held by our local McDonalds in Tampa, Florida.   I remember that location so well, it wasn’t too far from our ho

use and there was no inside seating.  You just walked up to the window, ordered your yummy goodness and either ate at concrete tables outside or took it to go in the car.

But, I digress.....  The contest was to find the King and Queen of “McDonald Land” who would ride on the McDonalds float in the Gasparilla Parade.  Imagine my shock and surprise the day they called and informed ME that I had been chosen the QUEEN of McDonald Land!!!  I can still recall the pictures that my Grandmother took when I answered the phone and heard the news!

!  I still have the little blue wool blazer with the golden arches logo on the pocket.

Many years, many hamburgers and a whole bunch of golden fries later I still have a soft spot in my heart for the Golden Arches.  So if you’re a Parent or a Grandparent, load the kids up this Saturday March 19th and take them to see Ronald McDonald at

the McDonalds in Murphy.

Tell them the Queen sent you!

OH MY...My sister the QUEEN...I remember hearing about this when we were growing up...And YEAH, guessin' ya ARE the queen...Thanks for keeping everyone updated with what goes on in Murphy...Better than the local newspaper...Keep up the good work.  :)

Great story and Localism post for all the McD fans in Cherokee County, NC. Queen of McDonald Land...are there photos?

Kim - yes, we have to find our fame where we can sometimes!!

Lee and Carol - yes, somewhere!!!  I will find them one of these days.

GOOD MORNING QUEEN OF THE ARCH'S AND PARADE! What a nice story to share and nice connection to the Ronald McDonald house!

Good Morning Gabrielle - you're up early!!!

Mar 17, 2011 12:39 AM
LIKE
#5
You must sign in or register to leave a comment
Login Register
Show All Comments
Older Post Newer Post
Back to Top
Generate More Leads from this Listing
With a Trulia Pro Account
Learn More
Find what you need?
See More Blog PostsAbout Real Estate! SEE MORE NOW!
Ambassador
440,603 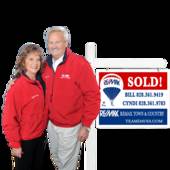