My friend Leigh brown in Charlotte, N.C. had clients who purchased a Bank of AMerica Short Sale.  AFTER closing BoA sends the Trash It Team out to the house!

The Trash It Team is industry jargon, for the guys who go in to "take the trash out" on foreclosed homes.  Typically they only go into homes that the bank ACTUALLY owns.  These people often need to break locks to enter homes, because the bank does not have the key.  Foreclosed homes are often very messy.  People often take anything that is not nailed down and leave every piece of garbage they don't want.

So no one would ever dream that the home they own would be invaded by a Trash Out Team!  Just the thought of this is scary.  Imagine coming home to find every belonging you own, gone!

Here's a TRUE story as told by Leigh.

BOA strikes again. They need to fire some people and take out their own trash.

I have a great deal of respect for Leigh, and this is despicable. This is a story that needs to be shared. Unbelievable, or maybe it isn't. Sounds like potential lawsuit material.

that is definitely a buyer beware episode!  The right hand does not know what the left hand is doing. (or maybe it does, but doesn't care)

I'm wondering how frequent this really is?  I hope it's a bizzare rare occurance.

Now that's scary... I wonder how do people in BOA speak to each other? They foreclosured on my listing when I have an offer and a close to appraisal price offer. Boo Boo.

The madness just continues . . . one would think all the bad press they are getting would make them clean up their act.

Interesting I wonder if there is a law suit in the works?

I agree we do need to get the word out.  I can't imagine trash out people showing up without official authorization.  This process is totally out of control!

Love the video. To be honest. I'm not surprised either.

This is absolutely crazy! I can believe it though because BofA is so MESSED UP. They even think it's funny but what if the tables were turned & it was the BofA employee who's house was being broken into?  That would be funny in my book.

Yikes, what a horror story! And they showed up armed? Another nice job Bank of America!

Just...WOW!  Do you mind if I link this or email it?  I know agents right in the middle of BOA short sale deals as we speak!

Awful info - but Leigh is so entertaining in her delivery she should have a TV show.

I had something like this happen to me in Florida in 2004 when I was refinancing the mortgage on my house.I ended up loosing the house,as a cosequence I left USA. Today I live in Poland.When I tried to tell this story to people no one would want to believe me. It was very frightening and simply difficult to believe.

Kristal, I came across your post because Eva reblogged it. Trash out teams who break locks and enter property should be held criminally liable.

Wow.  I will often have buyers of REO's put a card by the door stating that this home is occupied and do not enter without permission of the buyer, along with the buyer's cell phone number.  Now I guess that we will have to do the same with short sales.

When the mortgage is behind, they send an inspector out monthly to verify occupancy.  If it shows up as vacant and/or abandoned, that might set in motion the trash-out. The inspector reporting the property as vacant will normally put a sticker on the door that the property was found vacant.  Do not ignore a sticker like that.  Obviously the banks might not do a very good job of keeping track of who owns the home.  It sounds like the sellers moved out and before the buyers moved in, the inspector reported the home as vacant.

These folks might consider consulting an attorney to see if there is any legal prescription available to them that can send a message to BoA. Perhaps it would offer some relief (financial or otherwise) for the inconvenience and stress they're undergoing.

I hope this rarely happens. It's very scary and totally unpleasent to have the feeling that you have to fight against the wind.

Hi Kristal,  I just loved Leigh's presentation of the facts -- I have never heard of such a thing.  I can't believe that the person at the bank thought a security guard might be a good idea!  For pete sakes... 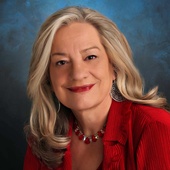