I know foreclosures filings are way down.  I was checking and updating my numbers and found an interesting little tidbit that I would like some comment on.

Bank of America and/or BAC, we all know as this nice folks that used to be known as Countrywide has as of today to file one single foreclosure case in the county....at least in their name.  Also, the other big one I noticed is that JPMorgan Chase has filed only 1 so far this year.

Chief Judge Hayworth was on the news and stated that he understands a new wave may be coming and that the banks are "most likely" getting the paperwork they need in order before they file.  What's your guess, they can't find a lot of it?  Then what?

I know banks are lobbying state and federal legislators quite a bit to get the rules changed after the fact.  Like the notary bill that almost made it last year...the bill that allowed for out of state notaries to be OK.

The real solution for a lot of this foreclosure stuff is the banks just need to write the balance down for families who want to stay.  I don't mean for investors.  If a home owner owes "X" and the bank is going to sell it for half of "X" some two years down the road at foreclosure,  why not offer the same to the current homeowner today?  I understand the payout under default swaps in many cases makes foreclosure more attractive, but in the long run, we are all better served keeping families and communities in tact.

I know a lot of folks believe that is a person in default were to have their loan amount cut that somehow that is not fair to the neighbor who is making a payment on a higher mortgage.  You are right, it's not fair.  Chances are you won't see any social security and arguing no change because it's not fair doesn't work anymore.  The reality is if the upside down homeowner who is making their payment looses a job, has to move, or has some other life event in the next 5 to 10 years, they will be in the same boat...another "dead beat."  Does it really matter if the current home owner has their balance cut or it goes into foreclosure hell for a few years (I have seen 4+ years or limbo) only to be sold for less?  Is that really the clear and better solution?

I love this quote.  If you think about what our 3rd President said, we may be living in the times he warns us of.

"I believe that banking institutions are more dangerous to our liberties than standing armies. If the American people ever allow private banks to control the issue of their currency, first by inflation, then by deflation, the banks and corporations that will grow up around [the banks] will deprive the people of all property until their children wake-up homeless on the continent their fathers conquered. The issuing power should be taken from the banks and restored to the people, to whom it properly belongs. "
- Thomas Jefferson

I'd love to hear your comments!

My thoughts: This is an engineered stripping of equity from taxpayers and a purposeful looting of the Treasury -- this is NOT an accident. There will NOT be a fair solution, because everything that is happening is EXACTLY what the powers that be want to happen.

Your comment got me to thinking about Thomas Jefferson's quote and I added to the blog post.  I wish you were wrong...I hope you are wrong...but I think you may be correct.  What is happening now is not an accident.  It is shameful. 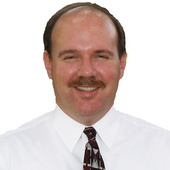