The final report released on Wednesday by the Congressional Oversight Panel (COP) regarding the programs and uses of money under the Troubled Asset Relief Program (TARP) paid special attention to foreclosure mediation programs, particularly the Home Affordable Modification Program (HAMP).

The panel pointed out that TARP is expected to cost much less than originally expected, and while that is in part due to careful planning and diligent management, it pointed out that "a separate reason for the TARP‘s falling cost is that Treasury‘s foreclosure prevention programs, which could have cost $50 billion, have largely failed to get off the ground. Viewed from this perspective, the TARP will cost less than expected in part because it will accomplish far less than envisioned for American homeowners."

Because of this, the report says "The TARP is now widely perceived as having restored stability to the financial sector by bailing out Wall Street banks and domestic automotive manufacturers while doing little for the 13.9 million workers who are unemployed, the 2.4 million homeowners who are at immediate risk of foreclosure, or the countless families otherwise struggling to make ends meet."

The COP report analyzed several foreclosure mitigation efforts that have been implemented since as far back as 2007.

And though all of the efforts were begun with good intentions, the COP's report made it very clear that none of the programs have been as successful as hoped, mainly because of poor planning, poor regulation, and poor data collection.

After pointing out that the federal government is not an official sponsor of the HOPE NOW alliance, the COP says that while the alliance reports it has modified more than 3 million loans, little information is available about the actual savings the modifications are providing to homeowners.

Of the HOPE for Homeowners program that was established in July 2008, the COP says it "managed to refinance only a handful of loans," most likely because the program had "poor initial design, lack of flexibility, and ... [relied] on voluntary principal write-downs, which lenders were very reluctant to make."

The report also reiterated the negative sentiment that has surrounded HAMP for months, pointing out the programs failure to meet its initially projected number of modifications.

In addition, the report said HAMP modifications are unstable, due to the large debt burdens and negative equity that many participating homeowners continue to carry.

And while the panel notes that Treasury did implement some basic measures to attempt to address problems with HAMP, the report says, "the panel remained concerned that the choices made by Treasury in terms of program structure, transparency, and data collection did not leave borrowers well served."

The panel also points out that its suggestions for changes or requests for information from Treasury were largely ignored.

The report says, "In April 2010, the panel recommended that Treasury commit to providing regular and publicly available data reports on all HAMP modifications through the end of their five-year modification period."

Treasury failed to produce those reports until late January 2011, which the panel complains leaves limited time for any real conclusions from the data to be drawn before HAMP expires.

The COP also repeatedly asked Treasury for characteristics of borrowers who default again despite receiving a HAMP modification. The panel reports that "Treasury has begun to release a limited amount of aggregate data on HAMP redefaults, but despite the panel‘s urging, it has not made public any analysis that identifies borrower characteristics that positively correlate to a higher risk of redefault."

Also, "The Panel repeatedly urged Treasury to improve and streamline communications with borrowers, and to make it easier for them to apply for HAMP assistance," but, "Treasury did not implement this recommendation."

The report goes on to list numerous other instances in which suggestions by the COP were ignored. It concludes the analysis of foreclosure mitigation with a section that suggests learning from mistakes made and implementing future policy that takes into account the many factors that go into successfully preventing enough foreclosures to have an impact on the struggling economy.

"Future policymakers should be mindful that the incentives of mortgage servicers are different from those of the government, and design any foreclosure mitigation program with that reality in mind," it said

I'm amazed at the time the banks are wasting with the tease of possible loan modification.  I've seen them go through just to turn around and see that the owner still can't afford the payment, then the market time is truly shortened and foreclosure becomes the only option.  Great post.

What a surprise.  A program to help people who can't afford to live in their homes remain in their homes did not work.  The housing industry needs a plan to help move up buyers who have the resources to make a higher payment on a higher priced home.  A program that would facilitate the porting of debt from one home loan to another is essential in the recovery.

Yep, I haven't ran into even 1 distressed homeowner who was approved for a loan modification...in fact, the last one I spoke to, just weeks ago, waited 5 months for Wells Fargo to say 'no', with absolutely no reason. Wells told them that they now can begin a short sale request....another 5-6 months of ridiculous waiting around and family strained.

There has to be a way to make changes on the scheme on these loan modifications to address issues so as to serve its pupose. It's true, short sales are much much more effective.

John, thanks for Sharing & Welcome to the Rain! Active Rain is a great place to share your knowledge, expertise and thoughts, as well as network and learn so much from the vast pool of talent already onboard. If you would like to connect with me on ActiveRain, please subscribe to my blog! 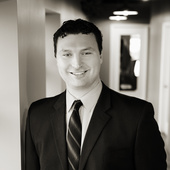