The Federal Reserve Board announced the final rules to protect mortgage borrowers from unfair, abusive, or deceptive lending practices that can arise from loan originator compensation practices. This new rules apply to mortgage brokers and the companies that employ them, as well as mortgage loan officers employed by depository institutions and other lenders.  The new and final rules will take effect on April 1, 2011.

The final rules seek to ensure that consumers who agree to pay the originator directly do not also pay the originator indirectly through a higher interest rate, thereby paying more in total compensation than they realize.  Moreover, the final rules prohibit loan originators from directing or "steering" a consumer to accept a mortgage loan that is not in the consumer's interest in order to increase the originator's compensation. The rule will preserve consumer choice by ensuring that consumers can choose from loan options that include the loan with the lowest rate and the loan with the least amount of points and origination fees, rather than the loans that maximize the originator's compensation.

We live in interesting times, don't we?

These changes are confusing and the HUDS are a mess.  What happened to simple accounting? - debits and credits on one statement - now they cross lines and sellers statements and buyers statements - you need a degree to figure it out!

Kathy, I coulndt agree with you more. The govt wanted to make things more simple and they did the complete opposite!!

I hope you guys enjoy your wknd!!

We are going to have several confusing weeks ahead of us now.

Rodney, you said a mouthful!! 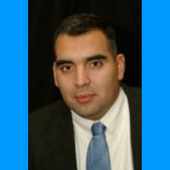