The Conejo Valley California is made up of the communities of Agoura, Oak Park, Westlake Village, Thousand Oaks, and Newbury Park.

The inventory remains stable, while sales are on the upward swing.
The active inventory in the Conejo Valley, CA is 790 today, very close to what it was at the beginning of the year.  And the inventory is very balanced between different price levels.  This week 4 homes over $1 million closed escrow, a consistent pattern recently.  Unfortunately, none of those four sales were mine!
Of the 790 active listings, 35 were listed as REOs and 97 as short sales. At the beginning of the year those numbers were 60 and 120. Middle of last year we had REOs at 70 and Short Sales at 160. More short sales are actually closing than a few years ago.  If anyone knows what is really going on, please let me know.  Everyone says there are a lot of inventory at the banks, but they still are hesitant to put them onto the market.  We have been hearing for over two years that there is going to be a flood of REO's.  That has yet to happen.
We expect the overall inventory to start growing this year, as we get into the selling season, and may be a few weeks away from the upturn.
On the Closed Escrows chart, we are continuing to see strength.  Thirty eight escrows closed last week, 35 the week before.  The 8-week moving average is a line on which each point is computed by taking the average of the previous 8 weeks.  This smoothes out the line and helps us see trends.  At the beginning of 2008 and 2009, this line hit a low of 18 before heading upwards.  In 2010 it only dropped to 25, a figure elevated by the $8,000 tax credits.  For 2011 we are up to 31.  That's basically telling us that we have almost twice as many closing for this time of the year than we did in 2008 and 2009.    This year is starting out very strongly.
Computing the months of inventory figure is done by taking the 790 total and dividing by sales.  We have 4.8 months worth of inventory.  Since the inventory is stable and sales are on the upswing, that inventory measure is declining.  Lower inventory and higher sales traditionally means pressure for prices to increase. Now if the rest of the world will cooperate, with tsunamis and civil wars and all the other problems that can arise, I think we can look forward to a decent housing market for the year.

Click here to SEARCH FOR HOMES IN OAK PARK, AGOURA, WESTLAKE, AND ALL OF VENTURA COUNTY.

Hi Carol, how are you this weekend? I like that your inventory is stable and the distressed properties are low enough and being worked down. Good luck to you with sales going into the rest of the year.

Hi Gary!  Just noticed your comment!  Quiet weekend (by choice).  It was nice hearing a voice to put with the picture! 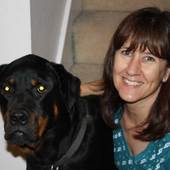