Watch out for the investment partner from HELL!

As a full time real estate investor for the past 7 years, I have come to fully understand that investing is truly a team sport. You need to surround yourself with skilled professionals in order to execute whatever strategy you have chosen to pursue. Sometimes these skilled team members are people you hire and sometimes, if you choose, they can be partners with whom you decide do business.

Now let me just say is that partnerships can be extremely powerful and hugely successful. Some the greatest business in the world have been started from partnerships.  What I have observed, however, is the most beginning investors tend to form partnerships too quickly and with the wrong people.  Maybe it comes from fear of doing something new by themselves or the belief that they need someone to work with that "supposedly" knows more then they do. Whatever the reason, the fact is that a bad partnership can create devastating financial, and emotional problems.

When I first started investing on my own, I was pursuing foreclosure deals by door knocking howeowners and finding out if I could help them stop the foreclosure process or buy their homes before the auction.  Through my door knocking, I came across another investor, let's call her "Sue", who was also working the foreclosure lists in my area through direct mail campaigns. It was clear to me that Sue had had some success acquiring closing lot of deals. Over a period of months, we became friends until one day she suggested that we work together.  I believed partnerhing with her and leveraging her experience and knowledge would definitely be an asset in growing my business, so I agreed to jointly work together.

We soon found an abandoned property, and we were able to buy it with the expectation of flipping it. While a newbie investor, I knew that I needed to have some agreement with Sue to define our partnership so I drew up a one page partner agreement defining our 50/50 interest in this specific deal. Next we were able to find another property we bought from a seller who wanted to sell his parents home quickly at 50% of its retail value. This time I took out a loan in my name and agreed to fund the $25k rehab. Again I drew up a partner agreement but this time I said I needed 75% of the deal to Sue's 25% since I was using my credit, and my money AND I was the one planning on managing the rehab. She signed both agreements without argument.

Fast forward two months, both deals are under ccontract. The abandoned property deal turns out to be a dud, but we get a buyer to purchase the unfinished rehab for cover the money I have into it.  The second deal is a real winner. After rehab we have it under contract for more than twice what we paid for it.  Anyway, I'm feeling pretty good since the profit on the the second deal is large.  It is three days before our profitable second deal is scheduled to close when I get a call from title. The rep asks me what do I plan to do about Sue's mechanic's lien. "What are you talking about?", I ask. The rep tells me that "Sue has filled a mechanic's lien for unpaid contractor's fees on the property for approximately $45k and unless it is paid you can't close with your buyer."  First let me say that Sue is not a licensed contractor and was not involved in managing the rehab of the property.

At this moment my heart stopped, and my stomach became nauseous. I gave Sue a call and asked what was going one. She very calmly told me that she deserved more profit from the deal than the 25% she had originally agreed to receive.  If I didn't pay her the $45k what she wanted, she was willing to kill our sale to our buyer.  It struck me at this moment that I had the investing partner from hell.  What did I do wrong? How could I have not seen this coming?

To conclude the story. I negotiated to give her an extra $10k from the deal to remove her lien which she agreed to do so we could close our deal. Turns out on at the closing for our abandoned property deal two weeks later, she again filed another mechanic's lien for $8k even after she learned I was going to lose money on the property.  Being prepared the 2nd time around, I figured out a way after talking with attorney to close the deal without paying her any money.  Suffice to say I learned a thing or two about partnerships.

If you are going to engage in a partnership, here are my tips:

Sounds like you need a clause in your contract that doesn't allow the other partner to file liens.  Who would have thought??!!??

I am very lucky to participate this discussion .I have no such idea about auction. Recently, I purchased an e-book of <a href="http://yourebookinfo.com/index4.php">Government Auction Handbook </a>. There are easy steps which is very important for everyone .After that I am very comfortable about auction. 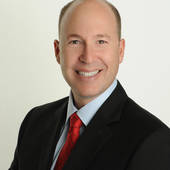