For those of you who participated in the Bulldog Bike race this weekend, I salute you! The Bulldog Bike race is part of the MARSOC Hardcore race series, which includes 3 mud runs, a half-marathon, bike races, a duathlon, and a triathlon. Make no mistake, “hardcore” is definitely the key word here. In all, there are ten events that make up this intense series of races that is both fun and challenging. At the end of the year, points from each race are tallied up and an overall winner is announced.

This past Saturday morning, registration began at 7:30am at the Las Pulgas parade deck with anticipation for a prompt 8:30am start. The race consisted of 26 miles of rolling hills and an extremely steep 1 mile long climb at mile 13. In keeping with Camp Pendleton tradition, rain began to pour down just before the start of the race, adding to the excitement.

The horn sounded, and away we went! Dodging fellow riders, and making sure not to slip on the roads, the race was underway. Within minutes, my feet were soaking wet. Crowds cheered us on along the way, and pelotons formed, drafting at high speeds. After crossing the finish line, racers were met with refreshments and much-needed complimentary massages. The music was blasting and spirits were high. Abundant smiles were proof that the event was a real success. See the photos.

If you are interested in learning more about any of the MARSOC’s Hardcore Race Series events, please check out their website. You will find a complete list of upcoming events as well as online registration forms and maps. The next race is the Devil Dog Duathlon which is being held on Saturday, April 16th. Hope to see you there! 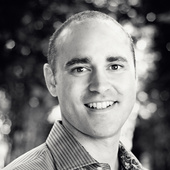