Marin County Real Estate - Luxury Living in San Rafael, Yes it's True!; Real Estate Porn Week 3! Who says you can't find luxurious living in San Rafael! San Rafael, CA 94901. My hometown and now my place of business. The appeal of San Rafael to me today is the same as it was 35 years ago. It's the melting pot of Marin, the most diverse city, by far, in our extremely affluent county and the last City before hitting the most Northern city of Marin, Novato. For those looking to buy in Marin yet retain easy access and ease of commute to  San Francisco, buyers typically don't want to look any further north than San Rafael.

Home prices in Marin County typically increase per square foot the closer you get to the Golden Gate Bridge which makes San Rafael the most affordable commute city in Marin County. However, it also boasts some multi-million dollar luxury properties. One neighborhood in San Rafael, the home to Dominican College, hosts the majority of these luxury properties, some with Mansion status. New on the market is 1644 Grand Avenue, listed by Frank Howard Allens own, Alva Falla Team.  Listed for $2,575,000 and a former home in Marin Designer Showcase embodies old world charm with modern upgrades and conveniences. I attended the first brokers open on March 17th and wandered around the 5,400 sq.ft. home on 38,500 sq.ft lot. Stunning, classic and beautifully staged by Robert Federighi. A similar size house in Tiburon would run you between $5-6 million. There is of course, a prestige to a Tiburon zip code not to mention the breathtaking bay and San Francisco views. Personally, I would pick San Rafael over Tiburon, Belvedere or Ross but that's just me.

Dominican offers so much more that just really big houses. It is home to the international Dominican College. Founded in 1880 by the Dominican Sisters. Students not only come from all over the United States but also from 28 countries worldwide. There are also miles of walking trails and I have never seen it but according to Jim Woods article about the area a waterfall flows in winter if you walk to the end of Mountain View Avenue.

Check this list  of other historical buildings in San Rafael. Three of these were places I frequented as a kid. Boyd park is where I played, went to day camp, and visited the legendary alligator in the turtle pond. The Boyd House, now a museum, also a historical site.  Falkirk Mansion, now rented out for weddings and cultural events is owned and operated by the City of San Rafael. Built in 1988 by Robert Dollar and names after his birthplace in Scotland. Next door is the Elks Lodge  which remained a mystery to me until I attended a wedding there in my 20's. As a kid, we were told they didn't allow women. We never even tried to sneak onto the grounds to check it out. Another memorable Mansion that was on the market, 201 Linden. Also in Dominican. The site was purchased as a vacation home for a wealthy SF business man and during the construction in 1906, pre earthquake, when the home was near completion the owner decided to tear it down and start over with new earthquake prevention engineering. The home has had only 3 owners in it's long history. Spectacular property. I think my favorite part is the 3 car garage with guest house above or maybe it's the grand pool with cabana and full kitchen. A entire article could be dedicated to this lavish, historically laden home. It is true, when most high end buyers in Marin County think of luxury property they don't consider San Rafael. Tiburon, Belvedere and Ross are three cities that top the high end property list. San Rafael is worth a look. Centrally located, warm summer weather, more house for your dollars per square foot. I think San Rafael gets a bad rap. Of course I am biased, it being my home town and the place I have chose to base my business out of. I have a lot of my own personal history in San Rafael and now would like to help others create memories of their own.

Cari - this is a great write-up about San Rafael. I moved there from Southern Cal in 1984. But I kept moving North after that, I'm currently in Sonoma County.

Thanks Cynthia and David! Really appreciate you reading my article. San Rafael does get a bad rap but it really does have a lot going for it. Sonoma is amazing and beautiful if you don't need easy access to SF. Love to visit Sonoma and Napa as much as possible!

Cari - I commuted to SF for 17 years from San Rafael and from Sonoma County. And I will tell anyone who will listen ... the commute from San Rafael to San Francisco is the most beautiful commute anyone could ever experience. Absolutely stunning!! 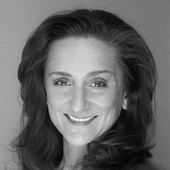